Maiju did her social work practicum in Bangladesh: “Mental health is still taboo in the country” 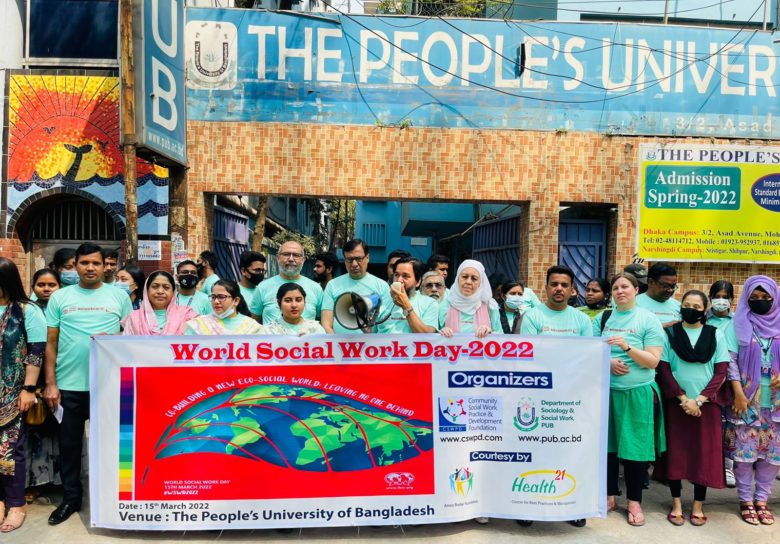 Maiju Heikkinen did her social-work practicum in Bangladesh through the Fida Short programme. Work in poor communities taught her that social work is not yet valued enough in the country.

During her four-month Fida Short practicum, Maiju Heikkinen from Taipalsaari is involved in Fida’s development cooperation and studying Bangla at a local language school. Fida’s development cooperation country programme focuses on building a safe school path and living environment for children in rural communities. Maiju is responsible for planning training in psychosocial support for volunteers in villages who encounter a wide range of human situations in their work.

– Our goal is to lower the threshold for discussions when the person in need is in a difficult situation in his or her life. It is important that people are heard, that we are present, and that we help them to move forward, Maiju explains.

Maiju Heikkinen has lived in Bangladesh before in 2018–2020. At the time, she studied in a Master’s Programme in Social Work at Shahjalal University of Science and Technology.

– I visited the country on holiday for the first time in the winter of 2017, when I also visited that university and submitted an application for a masters degree at the university. I was required to take an IELTS language test and bachelor’s level basic training. I am a socionomist (AMK) which is close to a Bangladeshi social science degree, so my previous degree was accepted into the Master’s Programme, Maiju says.

Maiju ended up practicing through Fida Short. Previously studying and having a degree in the country, she wanted to gain more practical field work experience in Bangladesh.

– The internship that was part of my studies was two months in a local health care organisation, but I wanted to expand my experience and that’s why I thought that practicing through the Fida Short programme would be a good option for me.

In March, Maiju attended an international social work event at a local university in Dhaka, the capital of Bangladesh, where Maiju’s colleague works as a professor of social work. The purpose of the event was to encourage people to build a new environmentally friendly social world together, not forgetting anyone.

In Bangladesh, social worker as a profession has not been sufficiently recognised, although it has been possible to study it in the country since 1953.

– Health-related issues are much more prominent in society, and people work as experts in that field, but social work is overshadowed by health science. That is why awareness of social work should be promoted, Maiju says.

The event began with a procession in which social professionals declared that the profession should be recognised in Bangladesh. The procession was continued by a discussion session at the university. The university’s goal is to have social work formally recognized as a profession by 2030 in the country.

Maiju gave a speech during the discussions and spoke about her own background, work experience and studies. She also met another Nordic guest from Norway at the event.

– I found my participation in the event meaningful. It was great to be together with social work students, university staff and other guests to celebrate an important day. Social work should be sufficiently recognised everywhere, as it already is in many Western countries, Maiju emphasises.

Maiju’s training experience through Fida was good and wide-ranging. Three field trips to the countryside in Jasshore were interesting. Maiju was also allowed to plan psychosocial support training for volunteers in two villages and one city. The trainings were designed together with the local church. During the practicum, Maiju’s planned psychosocial support training for volunteers was accomplished.

– During my village field trips, I learned that it is important that local people understand the importance of psychosocial support and share the information with others. Psychosocial support is for all people at different stages of life. People need each other’s support in different life crises. Mental health issues are generally taboo in the country, although currently they are talked about more.

After her internship through Fida Short, Maiju intends to focus on international work in Finland or abroad and development cooperation work also interests her. The practicum ignited a spark for Maiju to continue work abroad or conduct research on, for example, the Rohingya refugees in Bangladesh.

The Fida Short programme refers to a period of 1-24 months abroad at Fida sites. The period may be related to volunteering, study-related practicums, or missionary work abroad, for example as a global professional.

Fida Short based on the needs in our work locations, in which case the applicant’s job description is designed according to the trainee’s interests and skills, so that it serves the needs of the target country and is a meaningful whole for both parties. Read more here and fill the Fida Short – application.