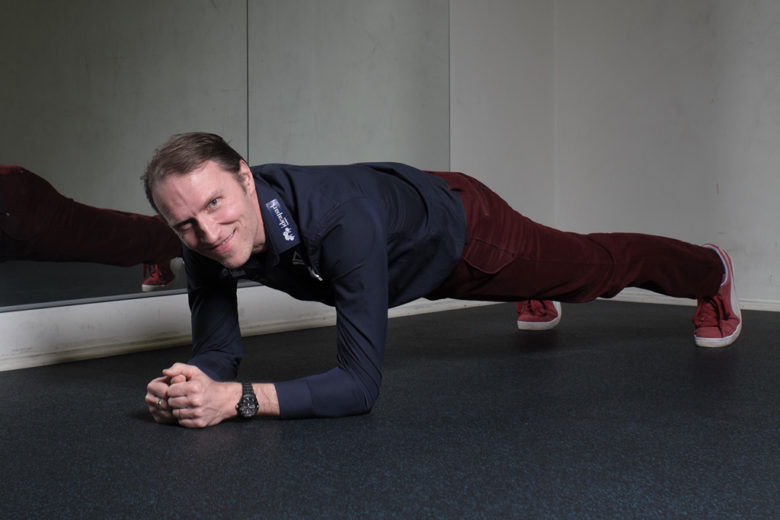 Tommy Koponen could hardly have imagined that the floorball team he had founded would one day be the Finnish championship team. This spring, Tommy is planking with his team for a good cause. Each minute planked will raise funds for Ugandan children in the Fida Food for Life -campaign.

Tommy Koponen, head coach of the 2021 Finnish floorball championship team, SPV, has already participated in 500 league matches. Koponen, the founder and CEO of the team, has not missed a single match, and he is also present in every training session. All this is in addition to his work as a physical education teacher and his own playing career.

Many dedicated people could sometimes throw in the towel in 30 years. But not Tommy! He was totally hooked to floorball and is not bored yet. However, his passion and attitude is not only from the joy of playing the game, but from a much greater one: a personal call to do this work.

Tommy, from Hankasalmi, grew up on a farm, and a Christian upbringing was an important part of his childhood. The family lived in an almost self-sufficient economy, and there was enough work for everyone in the barn, the fields, or at the wheel of a tractor as they grew. Sundays were a day of rest, and for Tommy it meant two important things: church meetings and sports.

Tommy did not catch the fitness bug from home, but mission work was emphasized even more. Tommy heard about the importance of missionary work as a young boy in church mission meetings. The family was also active in missionary work and two of his brothers worked in missions in Africa.

But young Tommy hoped that God would not have such plans for him.

– I see missionary work as very important, because it is the most biblical thing a person can do. I think every Christian should be a missionary. I really appreciate the fact that a person leaves their own country – the sacrifice is very big. But I remember praying that God would not send me anywhere. I wanted to work in Finland. 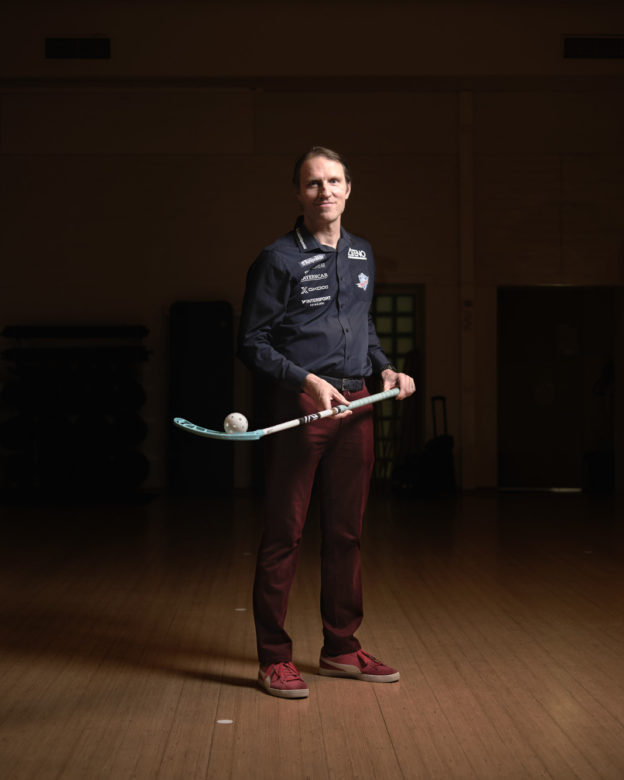 This spring, Tommy and SPV’s way of doing good is to participate as a whole team in Fida’s Food for Life campaign, which will help children in Bidibidi’s refugee settlement. One of Fida’s forms of support there is sports. The team is planking on Facebook in a real-time broadcast to raise funds based on the minutes spent planking. For each minute, the participating sponsor companies donate an agreed amount to the campaign.

As a student in Jyväskylä, Tommy was already enthusiastic about floorball and playing got a hold on him more and more. The team had heard of floorball and the players thought it would be a great opportunity to start developing something new. In 1994, the Seinäjoki Teammates (SPV) was founded at the table in Tommy’s kitchen. Playing was important from the start, but so was team spirit and its values. Prayer was part of the preparation for the game and the jerseys of the young believers proclaimed the message of salvation: Jesus saves. After the first season, it was decided to open the team to outside players as well. However, they also pledged commitment to the team’s important values. SPVs wanted to be healthy and sober role models for young people, and even now alcohol is not part of the team’s evening get-togethers.

– Floorball is a clean, honest sport, suitable for Christians. Of course, professional sport is hard work, so the limits and boundaries must be discussed, Tommy Koponen muses.

– I believe that a good clean sport suits a believer well. Paul also talks about competing and getting a victory prize.

Currently Tommy earns his living working as a physical education teacher, but he volunteers as the head coach and CEO of SPV.

Exercise is part of family life

What does the family think of their father spending his free time in the sports hall?

– My family’s attitude has been great. While dating, my spouse sometimes wondered if I had to be away that much, but sports have become part of our family’s DNA. As our children grew up, I asked them if I should stop, but they said no. Our oldest daughter Jenna, who is studying to be a physical education teacher, is a fan of SPV with her husband, and they watch all the games together, Tommy smiles.

Tommy is happy to discuss his faith with anyone willing to listen. Through floorball, Tommy has developed a network in many directions, and not just within Finland. Recently, Czech television presented a program about him in which Tommy spoke openly about his faith. Erilainen peliveli (A Different kind of teammate) documentary can be found in Finnish on YouTube.

Seinäjoki has been visited by floorball enthusiasts from various Asian countries, including Malaysia and Singapore. They have also had visitors from the Philippine floorball association, and it turned out that they were Christians too.

– My prayer was heard. I can carry out my call here in Ostrobothnia. Finns are considered to be the pioneers of the sport – that is why we arouse interest in the world, says Tommy, who also works in the management team of the floorball main league (F-league).

– In Pentecostal circles, enthusiasm for missionary work has recently waned. Personally, I believe that it is now needed more than ever. Our time is marked by increasing secularization. Is it due to our domestic situation that we only look at ourselves? Missionary work is important. If a believer reads the Bible, one cannot overlook the strong model of missionary work. And missionary work won’t work abroad if we don’t give funds and intercede with prayers, Tommy considers.

This spring, Tommy and SPV’s way of doing good is to participate as a whole team in Fida’s Food for Life campaign, which will help children in Bidibidi’s refugee settlement. One of Fida’s forms of support there is sports. The team is planking on Facebook in a real-time broadcast and will raise funds based on the minutes spent planking. For each minute planked, participating sponsor companies will donate an agreed amount to the campaign.

– Fida’s work is a matter of the heart, and I challenge the Finland’s toughest floorball player, Mikko Kohonen to plank!

Proceeds from this year’s Food for Life campaign will help Bibidibid’s refugee children. You can find out more about this on the campaign page (in finnish): evaatelamaan.fi