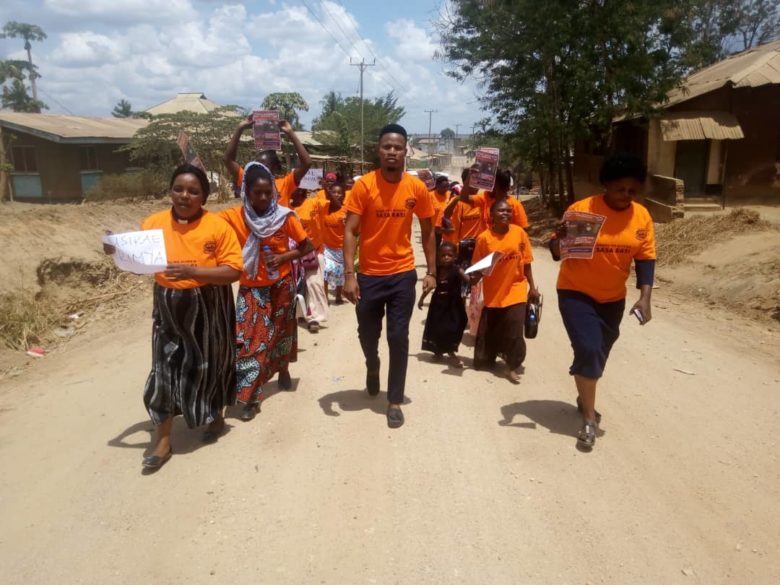 Did you know that one in three women is a victim of violence in their lifetime? And did you know that every day 137 women are killed by their own family members? Violence against women has risen to even more alarming numbers due to the corona pandemic. Gender-based violence is particularly likely against people with disabilities: women with disabilities face ten times as much violence as non-disabled women. That is why Fida, Felm, and Abilis Foundation are campaigning with Tanzanian partners to end violence against women. 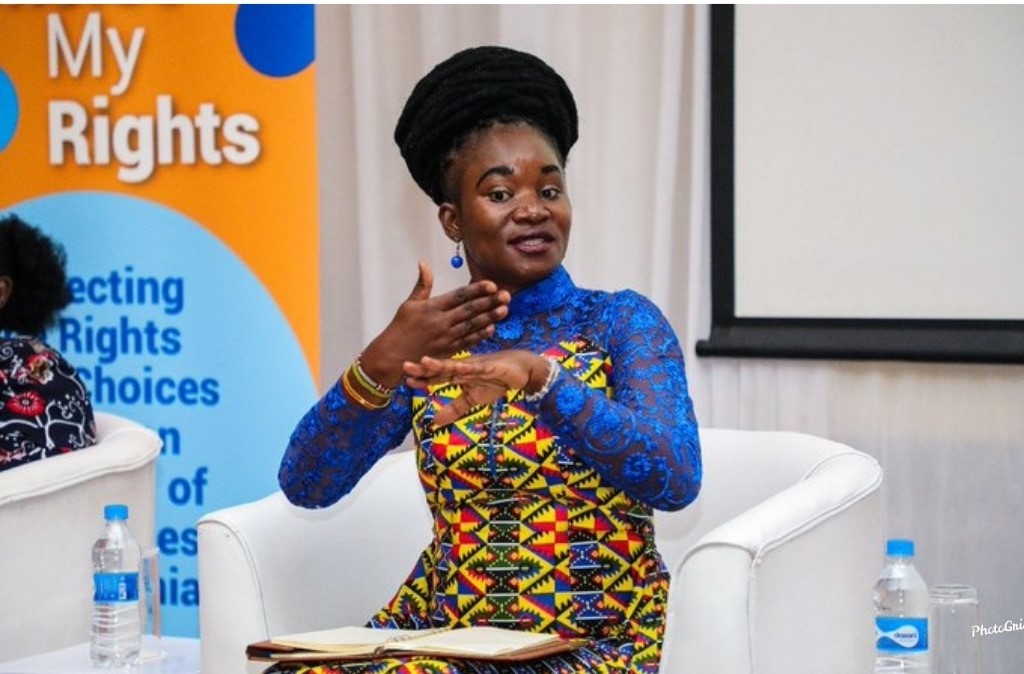 Education, information sharing, and advocacy are ways to impact

– Girls and women with disabilities are repeatedly discriminated against because of their gender. It is important to share information with men and boys as well, so that outdated attitudes and beliefs can be removed, reminds Katja Vis, communications manager at Abilis Foundation.

Anna Holmström, an expert on children’s rights at Felm, has initiated work to end violence against women and girls and has been a significant enabler of Finnish co-operation. Co-operation between organizations includes advocacy work to ensure that violence against people with disabilities is considered in both legislation and services. Because of Holmström’s influence, the 16-Day Activism campaign now involves equality work by the Tanzanian police.

Violence faced by people with disabilities is also rarely reported.

Local communities are trained about availability and accessibility: how everyone could have access to websites and applications and how all kinds of people should be included in the design of physical structures. An example of the achievements of advocacy work is the PF3 form, which is filled in by those who have experienced violence. In the past, the form could only be completed with a doctor, but today it can be completed with the help of a nurse or other health care professional. As a result, victims of violence receive the help they need much more quickly.

Fida’s advisor Virpi Mesiäislehto‘s dissertation research on disability is one of the first studies on violence against girls with disabilities in Tanzania.

– There is strong global scientific evidence of violence against people with disabilities, but there is hardly any information about it in Tanzania. Information is needed to support advocacy work, as the removal of structural and attitudinal barriers is as important as other aids, Mesiäislehto concludes.

Accessibility training was used to launch the campaign, who’s goal was to introduce tools to ensure accessibility in both physical and virtual environments. Government representatives, NGOs and schools were present. The virtual implementation enabled participation from across Tanzania, Kenya and even Uganda, with more than 60 people from women’s and disability rights organizations participating in the training. The event was also translated into Tanzanian sign language.

An event was held for researchers and religious actors with the aim of strengthening the role of religious leaders in actions to promote gender equality and health. This was the first time that the 11 organizations met together as a group. This is a very important collaboration, as religious organizations are responsible for up to 45% of health care in Tanzania.

The cooperation also spawned pioneering national dialogue on the rights of women and young people with disabilities to sexual and reproductive health and a non-violent life. The event was attended by more than 130 representatives from various sectors: government, local governments, NGOs, organizations of people with disabilities and young people, religious communities, universities, the private sector, and the media.

– There are many taboos about sexuality and disability, also in Tanzania. If people with disabilities are not considered to be sexually active, they will not be provided with information and services. The national dialogue raised these themes for public debate, Mesiäislehto rejoices.

The main partner of the national dialogue was UNFPA Tanzania. The event was a launching point to UNFPA’s new program that tackles  gender-based violence (GBV) and empowers women and young persons with disabilities to fully realize their sexual and reproductive health and rights (SRHR).

The experience of young people with disabilities voiced at the event

The young people of Felm’s projects were there after a two-day drive to share about their lives with albinism and physical disabilities. Young people from the Fida Disability Center sent a powerful message in the form of a video diary. Accessibility to the event was also groundbreaking.

– For the first time, I am at an event where I can participate on an equal footing with others, since all the materials are also available in Braille, rejoiced the visually impaired disability organization’s representative.

Cooperation will not end with the campaign but will continues even stronger. A roadmap defining common follow-up measures was unveiled at the event. Created in collaboration with 11 actors, the document is aimed specifically at policy makers, politicians, journalists, civil servants, disability organizations and other experts, and provides clear guidelines – unimpeded of course!

In the future, religious leaders, especially women, will be more actively involved in promoting sexual and health rights. It also promotes policy-making that focuses on the sexual and reproductive health of women and young people with disabilities and the prevention of gender-based violence.

Fida International is a Christian organization founded by Finnish Pentecostal churches in 1927. Fida conducts development cooperation in 11 fragile countries together with local churches and NGOs. Fida’s development cooperation program is supported by the Finnish Ministry for Foreign Affairs. Work in Tanzania is also implemented with the support of the Ministry for Foreign Affairs. In 2020, the Tanzania Country Program directly impacted the lives of 81,000 people and more than 2.1 million people indirectly. Five percent of them were disabled.

Abilis Foundation funds projects to promote the rights, participation, independent living, organization, education, and employment of people with disabilities in developing countries. Funding comes from the Finnish Ministry for Foreign Affairs. In the next four-year period 2022-2025, one of the main themes of Abilis in Tanzania will be the sexual and reproductive health of women and girls with disabilities, as well as the promotion of gender equality so that women with disabilities have better opportunities to lead disability organizations.

Felm is an agency of the Evangelical Lutheran church of Finland  for its international work. Felm is one of Finland’s largest development organizations. Founded in 1859, Felm conducts missionary work, development cooperation, and peace work in about 30 countries around the world. Work is being done to reach the most vulnerable, oppressed and discriminated against. Felm has worked for more than 70 years in Tanzania.