Why on earth would you go back there? 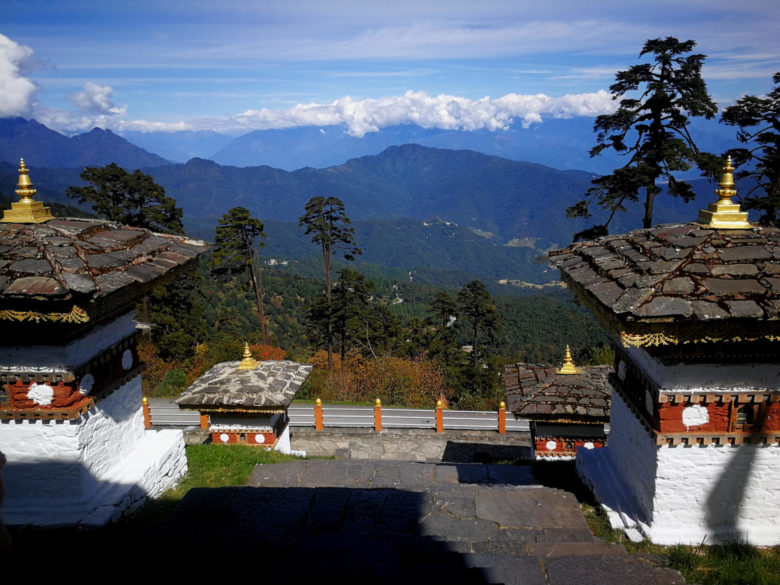 I was asked this question by a new acquaintance in Bangkok when I told them about the soon expected quarantines restrictions in Bhutan. The question kept haunting me: Why voluntarily go into the midst of Bhutan's corona restrictions when life in Finland would be much easier?

Corona has severely ravaged Bhutan as other countries in the world. Tens of thousands of people have become unemployed when tourism has completely disappeared. Bhutan has a long border with India, and since the border has been closed, food prices have risen and there has been shortages. Fida’s country program has had a hard time getting sewing machines and other training supplies because they are out of stock in the whole country.

In Bhutan Corona controls are very strict. The borders have been closed for a year, and all people from abroad are placed in a state-ordered quarantine hotel for three weeks. I have lived in Bhutan since 2018 and planned to return to Bhutan in early January, but the whole country was in a 40-day lock-down, so visas were not processed and obtaining permits was difficult. Finally in April, I got all the necessary permits and traveled back to Bhutan.

Currently, the only airline that flies to Bhutan is local Drukair-airline, and the only way to get to the country was to fly via Bangkok. First, I had to be in quarantine for 11 days there.

My return trip to Bhutan has become one of the most memorable experiences.

It was time to fly to Bhutan. That trip has become one of my most memorable experiences. All of us six passengers were directed to sit in business class as the rest of the plane was full of packages. The hallway barely had room to walk, and thousands of packages had been strapped to the seats. When we arrived in Bhutan, it started to dawn on me how seriously Corona is taken here. We were not taken from the plane to passport control, but two minibuses were waiting for us. We dragged our bags into the minibus and so began the journey towards the capital Thimphu. On the bus there were with me two other people, who were studying in Thailand and were grateful to finally get home. Halfway in the journey another minibus drove in front of our bus with lights flashing. “Quarantine transport” was written at the side of the bus. They escorted us to the quarantine hotel.

I was the last to get off the bus and from there on it was going in style. No one was allowed to come near me, and when the bus stopped, local guards closed the entire street and diverted pedestrians and motorists to another road so no one was near me. I then dragged my heavy suitcases to the hotel surrounded by 10 guards.

I was directed to my room. I had already been told in advance that the window curtains must not be opened at all. It was true: I faced a three-week stay in a dim room. In the evening I was brought a meal of rice and potatoes. From that first meal on, it was only rice all the time. At night I woke up to the barking of stray dogs. I had already forgotten their nightly adventures after being away from the country for so long. The next morning, I was hungry for breakfast. I waited and waited, but it never came. When I asked for it, it turned out that they had forgotten it. Lunch was rice, potatoes and chili.

On the third day, a corona test was taken from me, the sixth already on this trip, and at the same time a blood test was taken to find out if I had had COVID-19 recently. Fortunately, all results were negative. There have been power outages almost every day, as is usual in Bhutan. Power outages are the worst in the evenings because it’s completely dark and there are no flashlights.

The quarantine period was quite challenging physically and mentally. When I finally got out of quarantine after three weeks, I got food poisoning the same evening, which totally zapped my strength for a few of days. After I survived this, a lock-down and curfew, which I feared, began. A positive corona test had been found in a local 8-year-old student, and the restrictions immediately took effect for three days. The shops closed fifteen minutes after the announcement and the streets were totally deserted for the next few days.

When I remember stories of change, and how Fida’s work has changed the direction for women in rural areas and village communities, I can be happy.

Honestly, I’ve wondered a couple of times why I came back, but at the same time I’m grateful to be back here. When I remember those stories of change, how Fida’s work has changed the direction for women, families, and entire village communities in rural areas, I am happy. How victims of domestic violence have been trained in a new profession and given purpose for their lives. And how children have been able to do distance schooling during Corona thanks to our work.

Life is not fair and just. Many human rights are not fulfilled here. That is why we are working here too, so that everyone would have hope and a future. That’s why I came back too.

Riina moved to Thimphu, the capital of Bhutan, in September 2018 and is the program coordinator for the Fida’s Country Office and manages a project to improve people’s livelihoods. Prior to her Fida career, Riina worked for more than 10 years as a store manager and trainer for a telecom operator.

Riina is an avid fan of Formula 1 and in Finland she can often be found watching a local (Joker) football game, baseball, or even opera in Olavinlinna. Nature is important to Riina and that is why she is especially grateful to live in Bhutan.