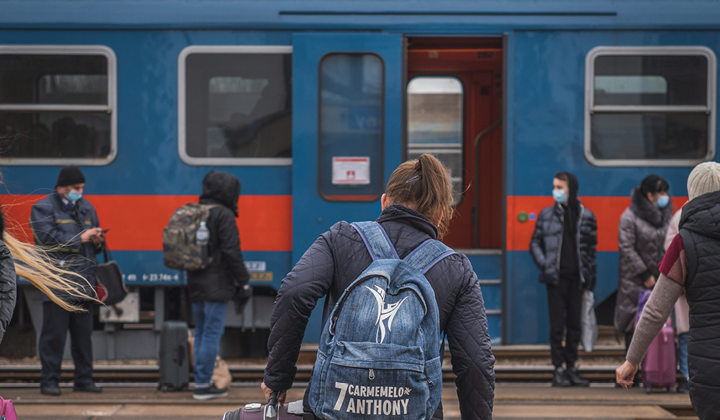 In the last two years, I have been to Hungary three times: just before the coronavirus pandemic in February 2020, in September 2021, and now in March 2022. This time everything’s different.

In February 2020, we passed through Hungary with our film crew. Our destination was the town of Užhorod on the Ukrainian border, and the area around it. We filmed footage for the Spark of Hope campaign about the work to help women in the Carpathian region.

We chugged along by rail from Budapest to the border town of Záhony and crossed over to Ukraine with a border train.

In September 2021, we visited the Hungarian Roma Mission’s work locations and filmed interviews for the Spark of Hope campaign, which was to start at the end of the year. At the time, the growing churches were building larger premises to fit all the church members inside.

Here I am again. This time for a reason I really wouldn’t want to be here for. The mood in Záhony is now very different from a couple of years ago. The war has driven more than a million people from Ukraine into exile across the country’s borders. According to the UNHCR at the time of this writing, more than 180 000 of these people have arrived in Hungary.

The quiet station building has turned into an intersecting point for a teeming mass of people on the run. The station’s small drab café has become a food distribution center. The counter is stacked with food packages and water bottles provided by various organisations.

But the biggest change is seen on the station’s platforms. A couple of years ago when we took the border train with a few other passengers, the platform we left was deserted. Now dozens, if not hundreds, of people swarm the platform. There are organisation workers, volunteers, media, police officers, and border guards.

There are also anxiously waiting relatives. The long exile routes have drained phone batteries and communication has become a challenge. Are the loved ones on the next train?

The mood is charged. A train glides towards the platform. Timetables have become meaningless, trains run when they run. The murky windows of the slowing train reveal faces: sceptical adults and children staring in awe at the huge crowds of people. The Hungarian police order the press to move back.

Border guards cross the tracks and board the train. It seems as if nothing is happening for a while. Finally, the last door of the last train carriage opens. A horde of children descends from the train. I almost burst into tears, but at the same time, anger overcomes me. But my shock at all these orphaned children wanes, when two women step onto the flagstones along the track.

Exhausted by the journey, the refugees’ bags snag as they drag them along the tracks. Fida’s team members rush to help carry the bags. Another organisation’s workers offer the arriving passengers a drink and a small snack.

Relatives standing on the platform glance furtively at the newcomers. Every now and then, someone spots their loves ones and runs to them. Long hugs and tears show the relief as a load of worry slips off their shoulders.

The next step is to board a train or a car to Budapest, if you can. Many are on their way to visit relatives or friends living in Europe.

But these next steps are not so sure for all those arriving. Some have no money, nowhere to go.

Dozens of families from Ukraine have already been housed at the Roma mission premises. The places where we filmed last autumn, now accommodate those Roma who have fled their country. Now mattresses cover the floor of the premises.

All refugees are in the same position humanly speaking. But the crisis deals the hardest hand to those who have nowhere to go, no money for food, or any contacts who can help them.

Many Roma from Ukraine lack these things. Let’s not allow ourselves to forget the most vulnerable people who need help either!

You can support Ukrainians affected by the war by donating. 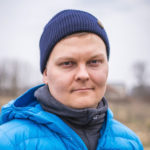 Benjamin is a former fundraising designer for Fida International, who now works as a freelance journalist and photographer.