When childhood is ripped apart 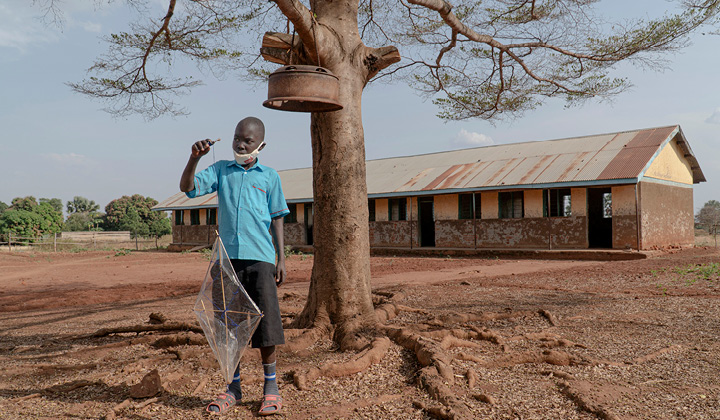 Children are born powerless. There is little they can control. They have no say in where they are born. No one asked them if they would like to be born into poverty, with a disability, or live in a mud hut. Who asked them if clean water was a priority or what they would like to eat? Did they have a choice to attend or not to attend school? They never chose to be born in a war zone. The violence they have witnessed was not on their list of priorities. No one consulted them if they should flee for their lives across the border to a foreign country. They were literally picked up and taken elsewhere. They did not choose which family members would be raped, maimed, or killed. They were too young to understand what was going on. Time has not made it more understandable. As they get older, what they have gone through does not make it more acceptable. What insanity. What mindlessness. What foolishness. Why do adults try to resolve their differences by killing each other? By raping, maiming, terrorizing? How is that going to make anything better for anyone? What is the end result of all this?

How can children survive? What helps them to cope? There are four boys sitting under the mango tree in their school uniforms. The uniforms remind them of life in what seems to be the distant past. They have been out of school for over a year since the beginning of the pandemic. Perhaps the uniforms are used since their wardrobe is limited. There are an assorted array of items lying around them: stems of sorghum, bottoms of broken rubber sandals, and acacia thorns. They are in the automotive business. They are making vehicles. With a broken razor blade, they cut the pieces to appropriate lengths. They “nail” the pieces together with the acacia thorns. The tires are cut from the colorful pieces of worn out, broken sandals. Slowly, skillfully, the vehicles take shape.

Children and women make up 85% of the 236,000 refugees from South Sudan that have settled in the Bidibidi refugee settlement. They are part of the 1.47 million refugees that have fled mainly from South Sudan, and the Democratic Republic of the Congo into Uganda. They are part of the 80 million people who have been forcefully displaced in the world. They have fled from countries like Syria, Venezuela, Afghanistan, Yemen, and Myanmar. Around half of all the world’s refugees are under the age of 18.

The past cannot be changed. What they have witnessed will impact them for the rest of their lives. The future is ahead of them. This small act of creativity prepares them to face what is ahead. This imaginative activity develops persistence. It takes time. They are learning problem solving. There is social interaction involved. They advise and help each other. In the end, there is pride. Proudly they display their creations. They hold them high. They enjoy the photography session. They are empowered. They have been transported into a different realm. It provides a respite from what they have gone through. The horror of war they have witnessed has been quieted for a moment. It is part of the healing process. The ripped apart childhood is quietly stitched together.