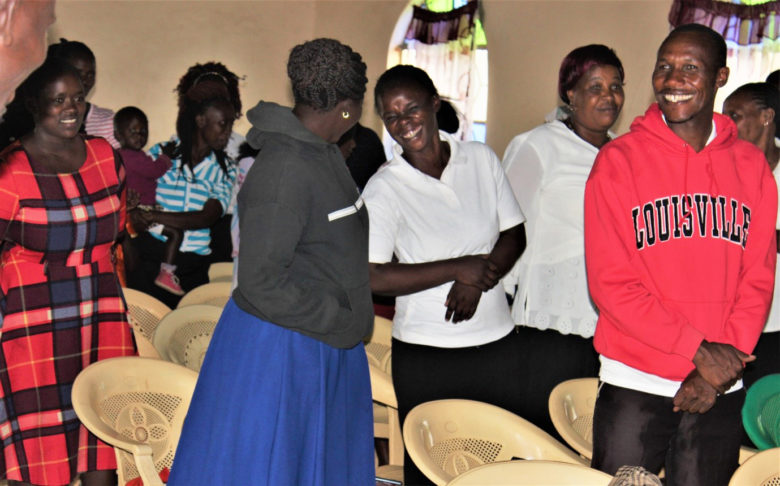 The Village Saving and Loan Association groups have empowered women economically. The livelihoods and financial wellbeing of households have improved.

When parents have sufficient income, they can provide their children with food, water, clothing, shelter, and education. However, when people are in vulnerable situations, they lack access to money.

Fida International, with her local implementing partners, established VSLA in Eastern Africa. Eight groups were set up in 2018 in Kenya. They were provided with basic financial training. Men and women had equal access to the groups. However, women form the majority in the associations. In the first year, the eight groups had saved a total of 47 000 €. The members were able to borrow money, to buy assets, and start their income-generating activities.

Rehema Korongoro joined the Narok VSLA group in 2018. She is a young single mother working in a hair salon. She was earning 60 € per month. She borrowed money from the group and started her own salon.

By the end of 2020, the Narok VSLA group’s capital had grown to 54 000 €. The group attracted collaboration and support from the government of Kenya. In the town of Narok, the government provided the group training in better agricultural methods to improve livelihoods. They also contributed around 4000 € to the association.

Also, Rehema was soon making money more than what she had been paid at her previous employment. After repaying her loan, she borrowed more money to improve her salon. Now she is earning 330 € monthly. With the profits, she has built a three-bedroom house. She took her son out of the village school and put him into a better-performing boarding school.