“This aid has restored my dignity” 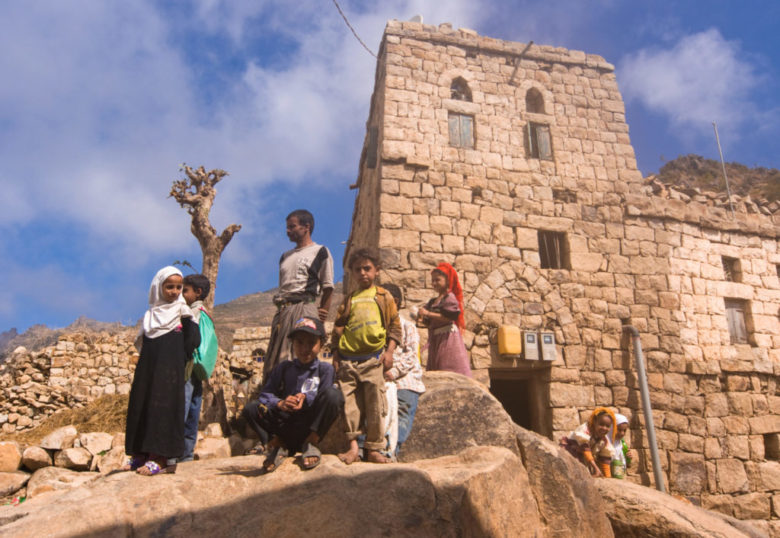 The famine crisis in Yemen is deepening. Food aid provided by Fida saves lives in the Taiz region. Orphan Amal tells what help means to her.

There is no end in sight to the terrible conflict in Yemen.

In mid-February, UN agencies released a worrying forecast that nearly 2.3 million under-fives will suffer from hunger this year unless more aid is added to the country.

Last summer, Fida began distributing regular food aid in southern Yemen, in the province of Taiz, home to thousands who have fled the fighting. 2,000 families receive food aid every month. In addition, victims of the war have been given psychosocial support to deal with trauma.

Last fall, we raised funds for food aid. Thank you to all who gave – our help can continue in Yemen!

Teenager Amal* is one of Fida’s food aid recipients. When employees of Fida’s partner organization went to visit her tent in the refugee camp, she was really delighted.

Amal is an orphan girl who lives with her younger siblings in a rather small tent. Amal and her siblings have experienced tragedy: their parents were killed in the fighting that broke out in the city of Taiz. After being orphaned, Amal tried to support her siblings.

– Before the war, our family’s life was good. However, the death of my parents forced me to become a beggar. I begged at the market and restaurants just to find breadcrumbs to feed my siblings, Amal says.

– This was not my dream for life: to collect other people’s food waste every day. Even if someone gave me food, they often treated me badly. I have even been harassed. Every time someone spoke to me abusively or touched me against my will, I wanted to die. Still, I always went back. It was my choice: to live in shame to get food for my brothers and sisters. They only have me, Amal can barely say with tears in her eyes.

– Before the war, our family’s life was good. However, the death of my parents forced me to become a beggar. I begged at the market and restaurants just to find breadcrumbs to feed my siblings, Amal says.

Amal has been a recipient of the food aid and it has changed her life.

– After receiving the food aid, I have not had to beg and experience harassment in the markets and restaurants anymore.

Amal grows silent and then says:

– This food aid gives me honor and dignity.

*the name of the person has been changed for security reasons