The pandemic started in Cambodia a year late but with a vengeance – Fida employee Lauri Saarni reports: “Extreme poverty is rising by the day” 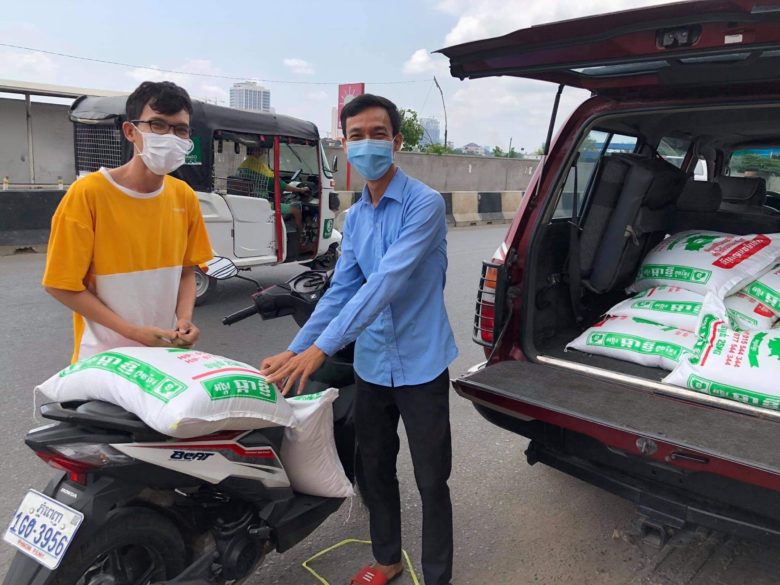 Poverty has grown rapidly in Cambodia, especially in large cities during the extreme lockdowns. Fida's work in the countryside continues.

When the Corona pandemic began in the spring of 2021, spread of the virus was prevented through restrictions followed by the 17 million residents. Schools have now been closed for seven months. Just as life seemed to return to normal, daily infection rates started to rise rapidly. We called Lauri Saarni, Fida’s children’s ministry advisor. He lives with his family in the country’s capital, Phnom Penh, which is divided into different color-coded areas according to the number of corona cases. Moving between the regions is forbidden and leaving the capital requires a couple of weeks of quarantine. The Saarni’s first lived in the orange area, where one person is allowed to leave home for shopping three times a week. Now they live in the yellow area with less restrictions. Because many town markets were closed during the worst of the closure, people looked for vegetables and fruit from roadside stalls. Food could also be bought from government bus shops that circulated in the closed areas.

I’m concerned for the Cambodians, many of whom lived below the poverty line even before the pandemic.

– We are all well and not experiencing insecurity, even though the corona situation in Phnom Penh is the worst in the country due to the population density. We have weekly meetings with Fida’s regional management and monitor the situation. I am concerned for the Cambodians, many of whom lived below the poverty line even before the pandemic. Extreme poverty is increasing daily when people can’t get to work, says Lauri Saarni.

The Saarnis have been involved in organizing food aid in collaboration with local congregations and another partner organization. So far, more than 1,500 people have received food aid in Phnom Penh, and a few other provinces where the restrictions were the most severe. 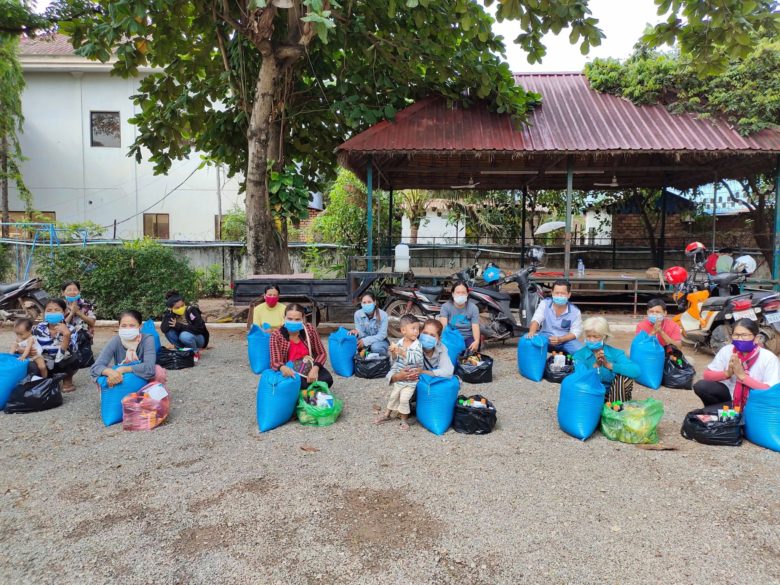 The Corona lockdown has caused food shortages for the poorest in big cities. Fida’s aid has helped about 1,500 people in Cambodia.

Despite the lockdown, Fida’s Development Cooperation Program for the country has continued. The program develops rural livelihoods. Through it, families have been able to make a living for themselves by raising fish, chickens, and pigs, or by growing vegetables or fruits. In 2020, at least 548 families managed to increase their annual income by the target amount of about 400 euros. That’s a lot of money for families living from agriculture, who usually make ends meet on an annual income of 1200-1500 euros. Because of the added income, many parents no longer need to go work in Thailand for example.

More than 1,500 people have received food aid in Phnom Penh, and a few other provinces where the restrictions were the most severe.

Just before Corona-pandemic, the program began a training programme for communities on the outskirts of Phnom Penh. Participants have been limited to 12 people, but important training has been given during the classes, for example on COVID-19 and hygiene. Fida also has sponsored children in Cambodia. Currently, about 280 children in 20 villages are sponsored. The corona situation is significantly better in rural areas than in large cities, and serious corona infections have so far been avoided in all the target communities. The sponsored children have studied by distance learning and Fida program’s children’s club activities have continued in the villages.