Remember Katja? She has fled Ukraine 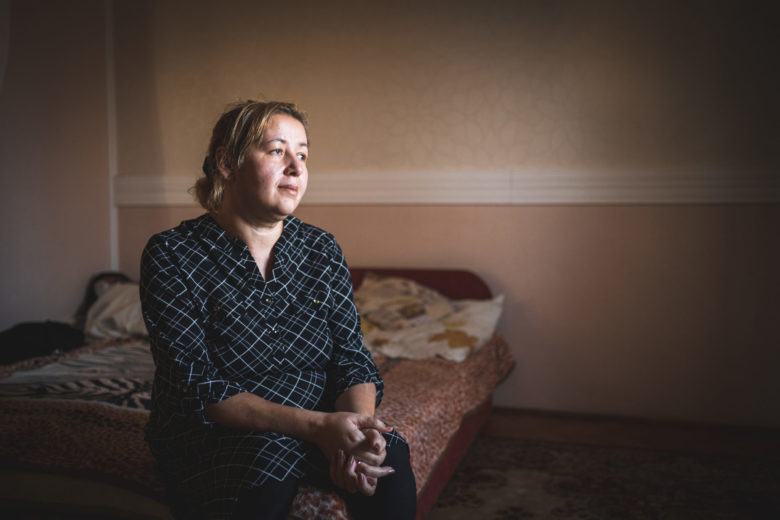 Katja, familiar from Fida’s Spark of Hope campaign, fled to Hungary with her children – "We’re praying for peace so we can return home"

More than a million Ukrainians have fled the war to neighboring countries. We caught up with Katja Latskon in a shelter in Hungary.

Many Hungarian Roma Mission churches are providing emergency accommodation. Over a hundred thousand people have crossed the Ukrainian border in just over a week. Many have no place to stay. The queues at the border and the close to freezing temperatures have added to their misery.

Fida’s partner church’s Pastor is Sergei Latsko. His family is now staying in emergency accommodation in eastern Hungary with his family. His wife Katja, familiar from the Spark of Hope campaign a couple of years ago, reached the border with her children and grandchildren after several attempts.

The busiest train routes and largest influx of refugees has been to Poland, but many are also crossing the Hungarian border. Many Ukrainians living near the western border also speak Hungarian.

The whole Latsk family tried to flee to Hungary when the Russian invasion began. They tried crossing at three border stations before getting across. On the first day, the family arrived at the border and waited from noon until three in the morning without getting across.

Their final decision to leave Ukraine came when the family heard that a Russian missile had dropped near Uzhhorod. There are no bomb shelters in the area where the Latskai family in live in Radvanka, so fear quickly arose. Talks about the missile later proved untrue. Rumors quickly spread on social media and sow undue fear.

Eventually, Katja and the children got across the border. The moment of separation has been frightening. The family’s dad had to stay on the Ukrainian side.

– I wanted to return to Sergei, but we were no longer allowed, Katja says.

Part of the family who crossed the border were provided emergency accommodation by the Hungarian Roma Mission.

The first night it was hard to sleep. Dread and fear weighed heavily on us.

We feared that the worst would happen right away, Katja says.

The situation has also been shocking for the family’s 11-year-old boy, Ratko. Grief and crying have defined his first days in Hungary.

– Ratko has prayed on his knees that his father could come here, Katja says.

One night the boy fell asleep while praying with his hands together. Ratko has also encouraged his mother to pray.

The future is uncertain, so we must live day to day. Katja is grateful for the help she has received and the temporary accommodation. But she has a clear wish.

– Let’s pray for peace and so we can return home.