The pandemic year challenged our partners around the world. What good was achieved in 2020? Thank you to all our supporters!

From the pen of CEO:

In 2020, what no one could have foreseen came true: a sudden pandemic shut down the world.

We managed to adapt to the pandemic relatively well in Finland, but globally the pandemic caused a huge crisis. It became a test of adaptability for mission organizations.

Fida’s annual report contains encouraging stories from the exceptional year around the world. A lot of strength has been found in people facing the new normal. As schools closed, new ways were found to teach children. As many lost their jobs, new ways were found to earn a living. A big thank you goes to Fida’s local partners who, along with the communities, joined forces and set out to try something new.

We received reports that people thirsted for the hope that the gospel brings. Nearly a hundred new churches were born around the world.

Church activities also continued in the exceptional circumstances. For many of our partners, it meant a huge digital leap. For example, our partner churches in East Africa and Asia used social media more actively and reached people living in strict lockdown, effectively imprisoning them in their homes without food and support systems. While the churches had challenges, we also received reports that people were thirsting for the hope of the gospel. Nearly a hundred new churches were born around the world.

I was personally surprised at how much the exceptional year strengthened global mission connections. International mission networks had online meetings and gathered a record number of participants. Pentecostal mission leaders around the world began regular joint prayer times. I felt the prayer fellowships as a blessing. The contacts also led to new networking opportunities.

It is still too early to assess how the pandemic has affected world missions, but it has been a wakeup call for churches everywhere. There are still thousands of ethnic groups who have never heard the gospel.

For Fida, the pandemic meant major changes to our plans. Half of the missionaries came to Finland in the spring to wait for closures to ease up in their work countries. By autumn, most of them were able to return to their jobs.

Fida’s vision is more relevant than ever: Together with our partners, we are building a world where every person has hope and a future.

The economic outlook in the spring was very challenging. The Fida secondhand shops had to be closed for a couple of months, and all of Fida’s operations were adjusted extensively. However, the situation changed so that sales for the rest of the year were almost at the level of previous years. Fida’s fundraising produced record results and we were able to save on costs. To the surprise of all, the difficult economic situation turned positive. We have experienced God’s great provision.

The Corona Year showed that we are ready to adapt. In the previous decade, the situation could have been different. In the midst of the corona crisis, Fida’s vision is more relevant than ever: Together with our partners, we are building a world where every human being has hope and a future.

Thank you to every supporter of our work! 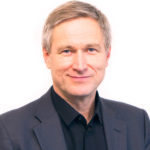