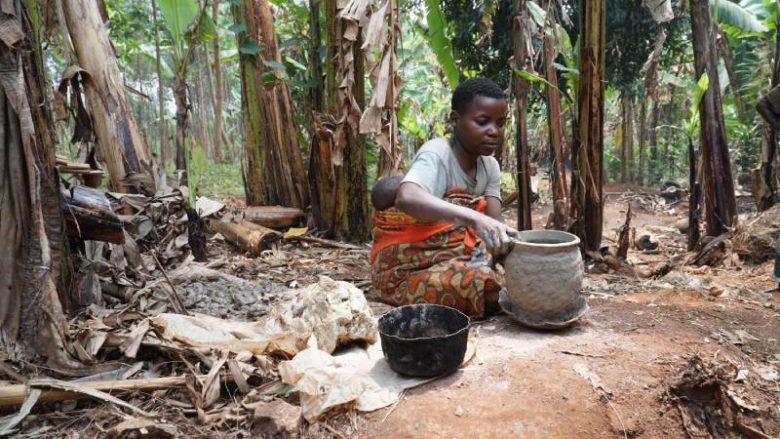 Fida promotes the right of indigenous Batwa to a dignified life in Burundi with a local partner. For Batwas who lived in East Africa as hunter-gatherers, the change in forest management has triggered a cycle of misery.

Minister Elisabeth Rehn is the patron for Fida’s food for life campaign that supports this discriminated group.

“In many countries, minority groups must fight for their very existence, both physically and in other ways. It is extremely important to support work that gives voice to the rights of these minorities,” Rehn affirms.

Rehn, who has traveled extensively for international assignments, has visited places in Africa and seen where the Batwas have suffered and their numbers have declined. In the Democratic Republic of Congo, for example, indigenous peoples are at the mercy of armed groups. In Uganda, forest protection decisions and tourism have deprived the Batwas of their traditional lands.

Burundi is the second poorest country in the world, and the Batwa are the poorest of the population. In Burundi Batwa families suffer because their livelihoods have collapsed.

Traditionally Batwas made and sold clay pots, but their trade become unprofitable when plastic containers were introduced. Income from clay pots is also very little. Women walk long distances to sell pots in other villages, and the men work for daily wages on farms in exploitive conditions.

It is almost futile for the Batwas to complain, as few of them can read or make formal complaints. For most of them, a €1,5 ID card is too expensive to acquire. In this way, the cycle of misery for children and families continues.

– The fact that most Batwa cannot own land is a violation of our civil rights. At the same time, it proves that society does not accept us. Batwa families also need decent housing, clothing, food and clean water, as well as better sanitation.

Why don’t the kids here smile?

“I have never seen children elsewhere in Africa who hardly even smile,” says Hannu Happonen, a Fida aid worker and communications manager, who visited some Batwa villages.

According to him, even in the worst slums, children tend to be happy. The Batwas are different. It’s understandable when you know that they may not even get food every day. Even otherwise, the family meals are often heartbreakingly small. Malnutrition causes more suffering.

Many Batwa children only have the clothes on their back, which are dirty from sleeping on the ground in huts and the lack of water for washing. Skin diseases caused by mosquitos are common in addition to the problems caused by dirty drinking water.

Fida and its Burundian Pentecostal Church Partner (CEPBU) focus on promoting the right of minority children to nutrition, health and education. Schooling was not so highly valued in large families in the past or there were numerous barriers to it. In just a few years, the situation is changing thanks to development cooperation.

We have built schools near the Batwa villages, that enroll local children and those from other ethnic groups. As a result, mutual prejudice and racism between different groups are declining. With the support from sponsors, school uniforms and supplies have also been provided for the students.

Education is a step towards improving of rights of the Batwa. Currently they suffer from widespread discrimination, racism (one example is that they are called “pygmies”) and even abuse in some localities in the Great Lakes region. 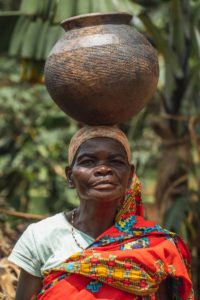 A vegetable garden can save a family

Batwas, as other agricultural communities, also suffer from the consequences of climate change in the region. Weather conditions vary in unpredictable ways: droughts can last longer than usual and it’s impossible to predict the rains.

The nutrition and livelihood of families are improved by teaching them sustainable farming methods and the establishment of a vegetable gardens. Seeds and pigs or other domestic animals are also donated. There are also savings groups among the Batwa from which they can get microloans.

The culture of the indigenous Batwa is from the forests