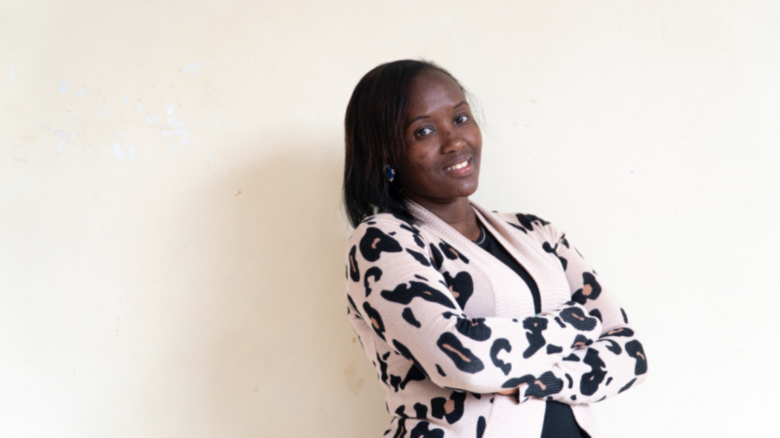 When Jane Naikumi was nine years old, she fled from her remote home village in Kenya. She was to undergo female genital mutilation. The procedure would make her eligible for marriage. Jane explains: “This is a rite of passage from childhood to adulthood. Even though only a child, the right to be a child is taken away. Your parents will no longer look after you.” Jane ran away to another village.

Some men brought her back and she was beaten severely. Jane never gave up. As soon as she was better, she ran away again. She ended up in the town of Narok in the local Pentecostal church. She was allowed to sleep in the church. The pastor did not allow her to be taken back to undergo the mutilation. The church had spoken against the practice and against early forced marriage. Jane’s arrival was the beginning of the Osotua Rescue Center. Fida International and it’s implementing partner, the Full Gospel Churches of Kenya began this project in the church. With support from Fida’s development cooperation programme funded by the ministry for foreign affairs of Finland, they built housing and training facilities. The Center provides education, vocational training, and promotes alternative rites of passage to replace FGM. More than 300 Maasai girls have passed through the program.

Female genital mutilation continues to be a problem today. In 2021 there are 4,16 million girls worldwide who are at risk of undergoing FGM.1 The procedure involves the partial or total removal of external female genitalia for non-medical reasons. It can cause severe bleeding and problems urinating, and later cysts, infections, complications in childbirth, and increased risk of newborn deaths. It has no health benefits. More than 200 million girls and women alive today have been cut in 30 countries in Africa, the Middle East, and Asia. FGM is mainly carried out on young girls between infancy and age 15.

In the Maasai culture, they practice a form of FGM classified as clitoridectomy: the removal of the external part of the clitoris.

– In the Maasai culture, they cut everything. Some girls end up bleeding to death. The girl who has been cut is not able to enjoy sex with their partner. Parts that God created are removed. God knows why he created them. Every part of your body has a purpose, Jane explains.

The pain inflicted by FGM does not stop with the initial procedure. It often continues as ongoing torture throughout a woman’s life. FGM is a violation of the human rights of girls.

Jane was able to continue her education at the Osotua Rescue Center. She completed her primary and secondary education and was sponsored to continue to university. This opened the way for her to work at the Maisha Poa Center in Nairobi. This Center for children living in the streets began operating in 2006. It was later expanded by funding from Finland’s Red Nose Day -campaign.

The Center runs various programs, including one called Mercy Mission. The program works with over 140 widows in Nairobi and other locations around Kenya. The program works together with other stakeholders. For example, the government of Kenya provides agricultural training for women. Fida International funds business training for widows living in poverty. They have been able to start various businesses to support their families. This empowered the widows economically. Their livelihoods and financial wellbeing have improved. There is a new respect for these economic actors in the community. They have gained a voice that has to be heard. They have a say in the household economies and the community. They can walk with their heads held high. This is transformative gender change in action. When asked why she does this work, Jane answered:

– I am a woman. I have gone through some difficulties. I want to help because I was helped. I want to give back what I was given.

Picture: Jane Naikumi, social worker at Maisha Poa Center, Nairobi. She was a beneficiary of Fida’s development cooperation programme, and now she is an employee.

A dream born in crafts class

A long journey to the land of red peppers