Insecure without a father 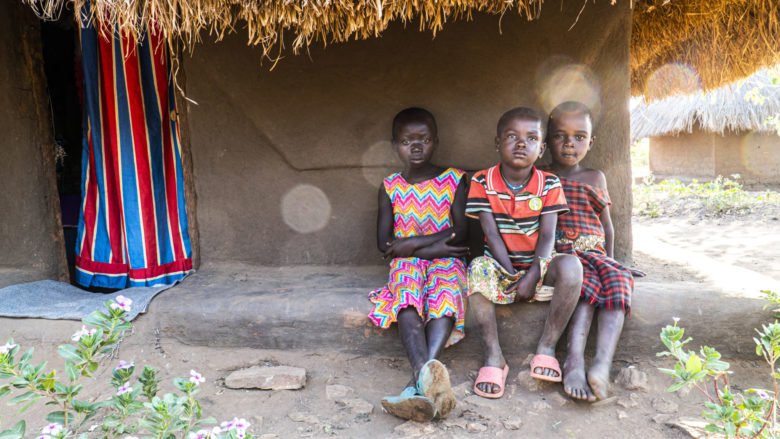 The war has torn families apart. Many children are orphans, have lost at least one parent, or do not know where the parent is. Children living without their parents in Bidibidi are in a precarious and vulnerable position.

War and disease have broken up families – who cares for them? Who guides their steps? Who advises them? Nabila‘s father died of AIDS. Fiona has no idea where her parents are.

I don’t know where my Mother is. The war separated us.

Father disappeared earlier on. Fiona, who fled to Uganda with her aunt and her children, would like to continue her studies, but she has no money and no one to pay for her studies. Lack of money is not the only obstacle for schooling. A girls’ education can slow down or stop altogether with no available menstrual pads. Without them, school days will be missed every month.

Rose, 20, lost her father in South Sudan when he was arrested by the rebels. She escaped with her mother and five siblings. Now three-years-old, twins were born on a dusty roadside during the escape. Rose describes her life in a foreign country without a father as challenging.

– Since Dad is dead, there is no one to help us build our mud hut, Rose says.

Heavy daily work and feeding the family is the entire responsibility of Rose and her mother, as there is no father, and her siblings are too small. There is no income. The walk to collect water is long and food rations have had been reduced because of the pandemic. A ration for two months is not enough, which is why the mother and little siblings suffer and cry a lot. When collecting firewood, others sometimes chase Rose or steal her “panga” (machete), with which they cut trees and grass.

Who will defend them?

What would your life be like without parents? Without a safety net, support, and help?

Please, direct your payment to "Food for Life -campaign".