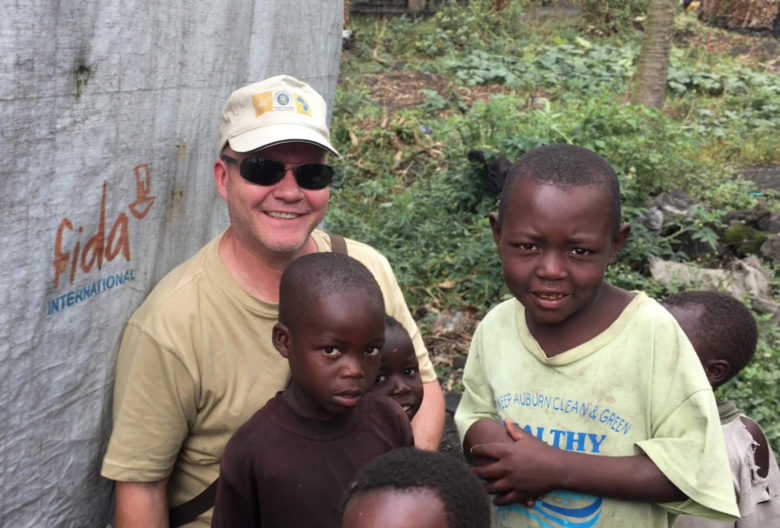 Missionary kid Hannu Happonen returned to his childhood Africa as an adult but had to learn completely new ways of doing mission work. A visit to Rwanda after the genocide taught him that the Bible alone is not enough for the hungry.

It was 1997. Hannu Happonen stood in the Ntrama Church in Rwanda. The churchyard had been cleaned, but the smell in the church was horrible. Dozens of bodies had been piled up inside. The flow  of rotting body fluids reached the church door. Hannu washed himself in the hotel shower from head to toe, but the grisly smell didn’t come off.

– I don’t know if it was only in my mind, or if the smell really stayed on my skin. I wrote in my diary: God, where were you? People came to the church to be safe. They were seeking your help. Why did you allow this to happen?

Earlier that year Hannu and his wife Milla Happonen had moved to Uganda. Milla was at home with their 1-, 3-, and 5-year-old children. Hannu taught at the Kampala Bible School, which Fida had founded together with Norwegian missionaries.

– I had studied theology in Canada and was on fire with enthusiasm to teach Africans theological theories. I visited and preached in prisons. There was a great number of eager listeners. I was disappointed when, after my speech, they only wanted to know if I had brought them soap. Little by little, I realized that theology alone is not enough. Actions are needed.

Hannu understood that if people’s basic needs are not met, it is difficult to focus on the spiritual matters. People can’t think about theology with a growling stomach.

From Kuopio to Kenya

Hannu was born in 1961 in Kuopio. In addition to the parents, the devout Pentecostal family had two older sisters and a younger brother. When Hannu was four, the family moved to Canada. Nine years later, the Happonens went to do mission work in Kenya. The family stayed there for four years at that time.

– Since that time, the African bug stayed in me, whatever it is in Finnish. ‘Afrikan kirppu’? thinks Hannu, who speaks Finnish at home, but who thinks in English.

– It’s said that you can take a man out of Africa, but not Africa out of a man. I knew that one day I would want to go back.

When Hannu was 19, he spent three months in Finland at the Katinala Bible College. That’s where he met his future wife Milla. Even before they were married, the couple discussed their vison for missions.

– It was clear to both of us that we wanted to do mission work. Milla was ready to move to Canada with me. She was nervous about speaking English as their departure drew near. Language challenges are only a memory now. After 15 years in Canada, the family moved to Africa, where Milla now runs an organization called Caring Hands, known for their paper beads made by Ugandan women.

Hannu’s ideas about mission and development work have changed a lot since he began.

– It is said that missionary kids are the worst missionaries. The patterns learned from home stay strong. When my father was a missionary, his title was ‘Missionary in charge’. His word was the law. Since those times, many things have changed – including myself. Hannu talks about his early years in Uganda. He was involved in drafting the constitution of the church.

– I didn’t so much facilitate, but rather dictated. Now I would act differently. Their denomination is not my denomination. I had a need to be right. And if you ask me today, if I still think so, I would say yes. But the way I presented my ideas was wrong. I don’t think that a white outsider should tell Africans how to act, but rather find solutions together. Change in culture always happens from within. A person who is in a culture can change things. It’s crucial to consider what the role of an expatriate is.

In addition to his Bible school work, Hannu has been involved in many things, such as HIV education work and large-scale humanitarian projects. Fida has been his employer for the whole 17 years. Hannu now works as a communications specialist for East Africa and the Middle East. He photographs and interviews local people in Fida projects, writes articles and blogs, and social media, among other things.

His work in Africa has taken him to many adventures and dangerous situations.

– A person does not know how he will react when in danger. In Sudan, I was in the middle of a bombing. Suddenly I realized that death is very close.  In those situations, you easily make promises to God.

In many situations, Hannu has also been puzzled, wondering what to say. Facing extreme poverty is overwhelming.

– When a poor mother in a refugee camp church comes to ask you before the sermon if it is wrong to sell sex in order to be able to buy food for her children, it’s easy to be bewildered and forget your sermon. The mother knows that she may get HIV but says she would still live a few years and raise her young children to the age they would survive. If I say that selling sex is wrong, and then she can’t buy food, her children may soon starve to death. What else can I do in that situation but empty my pockets and give her all the money I have? Hannu senses, that many Finns would easily ask why the mother doesn’t go do some other work. But there simply is no work available.

– Jesus says in the Bible: “I am the bread of life”. Elsewhere, however, it also says that “you give them something to eat”. Both are relevant. When people need food, we need to give them food. In Finland, there’s usually enough bread to eat.

Hannu reflects on the Lord’s prayer. It asks for daily bread. How can a person who has never even been hungry know how to pray that prayer?

– Jesus did not teach me to pray for bread for myself, but for everyone: in the slums and refugee camps.

Hannu has met a wide variety of people in his work. This he considers a privilege.

– Christ comes to us when we don’t even realize it: in the slums among drug users or sex workers, beside someone dying of AIDS. I have found Christ in Africa. That which you do for one of the least of these… We can’t help all who are suffering, but if we could help at least one, Hannu ponders.

An entire book could be written about touching events and encounters. A love for the continent has remained. Africa still feels like home, even though the children are grown up and on their own – all currently in Finland.

– The difference in my new job is that I can focus on an individual and his/her story, while in humanitarian work we always had to move quickly to the next person. I also have a creative side: I like to write, draw, paint and make jewelry. I can use my creativity in communication.

Christ comes to us when we don’t even realize it: in the slums among drug users or sex workers, beside someone dying of AIDS. I have found Christ in Africa. That which you do for one of the least of these… We can’t help all who are suffering, but if we could help at least one. 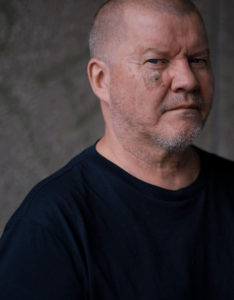