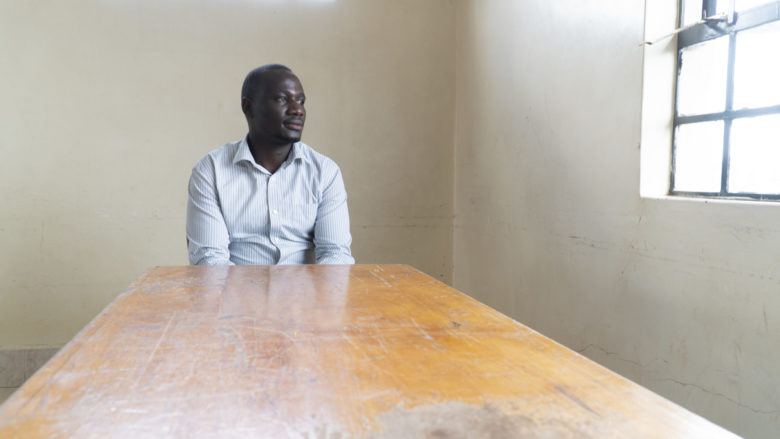 Red Nose Day is once again raising funds for the children of the world. Fida is one of the organizations channeling Red Nose Day help. Fida is channeling funds into its programs in Uganda, Burundi, Kenya, and Tanzania. In these countries, communities are educated about children’s rights and children’s education is supported. In addition, the funds will be used to realize the rights of children with disabilities.

In Kenya, Fida works with The Kenya’s Full Gospel Pentecostal Church in slum areas and rural villages. The aim is for children to have access to quality schooling and health education. The main beneficiaries are orphaned children, street children, children with disabilities, marginalized young people and teenage mothers. For years, the funds raised by Red Nose Day have, among other things, supported the Maisha Poa activity center, which helps street children and was built by the Full Gospel Church.

“There was total darkness in my life”

Victor Asenah never knew his father, who died when his mother was still pregnant with him. The young man’s childhood was not easy. With his mother he moved from western Kenya to the capital Nairobi, because she needed to look for work. Those who move from the countryside in the hope of a new life often settle in slum areas on the outskirts of a big city.

Victor’s mother died when he was in the grade seven. The forlorn young boy was homeless as he was evicted from his house. Victor felt completely alone. Fortunately, a friend rented a room for him and helped so that he could continue in school. However, life’s hard knocks continued. The friend that helped him lost his job. He couldn’t support Victor. One day when he came home from school, the apartment door had a padlock on it. He had failed to pay the rent. The landlord locked him out. He had to find a place to stay.

– I would spend nights clubbing. I would go to discos and hang out for the night. I had no other place to go. During the day, I spent my energy and time finding food and a place to sleep, Victor recounts.

He earned a little money by buying and selling water, but the income was not stable.

– There was total darkness in my life. I could not afford to pay house rent or go to school. Little by little I began to see light when I was given hope. I came out of the darkness into brilliant sunshine, Victor recalls.

One day Victor met a pastor and shared his plight. The pastor advised him to go to the Maisha Poa Center. Children and young people living on the street receive daily food and can get washed there. However, the most important form of activity is rehabilitation and counseling. Children and young people need to be brought to school and their home situation clarified, so that their right to a safe everyday life can be realized.

Victor also managed to unravel his difficult situation with the center’s professional staff.

– There was total darkness in my life. I couldn’t pay the rent or go to school. Little by little, I began to see the light as I was given hope. I came out of the darkness into full sunlight, Victor says.

It has been possible to support Fida’s development cooperation program in Kenya through the Red Nose Day, and as a sponsor. Maisha Poa started a sponsorship program for young people in secondary education, which makes it possible for young people to move forward in their studies. With the support of a sponsor, Victor was able to pay rent and school fees. Victor completed his secondary education and then went to college. He studied information technology and graduated in 2018, after which he got a job at the Maisha Poa Center. Now Victor is helping children and young people like he was.

Asked about his future, Victor turns away and looks out the window. In a quiet voice he replies:

– I can’t imagine what my life would be like if I hadn’t received the help I got. Now I see great things in my future. I am grateful for the support I have received from the Maisha Poa Center and Finland.

In Finland Red Nose Day is a joint campaign by nine organizations for the benefit of the world’s children. Read more and donate at (in finnish): nenapaiva.fi