Fida is providing € 100,000 to support those who lost their homes in the volcano eruption in Congo 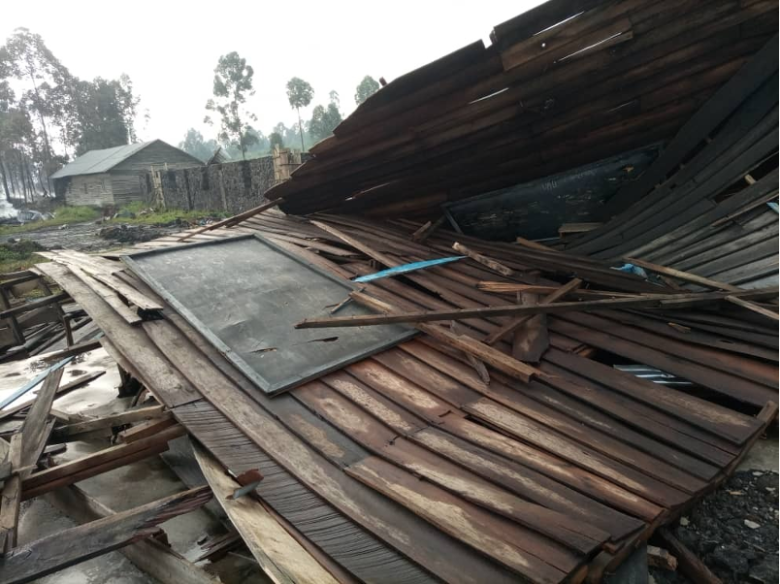 As a result of the volcanic eruption in May, hundreds of thousands of people in the Congo are now homeless and without access to food or schooling. A Fida sponsored school also collapsed in the eruption. Fida, with the support of the Finnish foreign ministry, is now providing humanitarian assistance to more than 12,000 people.

Fida is channeling € 100,000 into humanitarian aid in the Democratic Republic of Congo to help people in the midst of the crisis. The Ministry of Foreign Affairs has approved the change in the use of funds. The situation in the country is very worrying. People have lost their possessions and livelihoods during a volcanic eruption, so they are given food and household items to cope with in their daily lives.

A total of up to 12,000 people, 10% of whom are disabled, receive help. The support is used to distribute food and household items, provide psychosocial support, and support children’s schooling. The work will be carried out in collaboration with Fida’s long-term local partner (CEPAC Pentecostal Church) and the UN Office for the Coordination of Humanitarian Affairs (OCHA).

– In addition to the poverty caused by the protracted conflict, people are threatened by both Ebola and Corona. Attacks by armed groups have also increased near our work areas, says Adam Sorila, Fida’s Country Program Manager.

In the Congo, the Nyirarongo volcano erupted in May and hundreds of thousands of people lost their homes. The eruption affected both the Fida staff and the communities where Fida’s country program functions. The eruption also destroyed a Fida supported primary school with 256 children. Fortunately, the eruption occurred at night, so the children were not present at school.

Those who have lost their homes live in temporary camps. With Fida’s support, a child-friendly area will be built in the camps with space to play, study and participate in guided activities such as a reading circle and a visual arts workshop. The space is also used to provide psychosocial support to families affected by the outbreak.

Fida’s operations continue despite the challenges

Fida has been working in the Congo since 2008 and continues to do so, although many other actors have completed their work there. Congo ranks fourth in the ranking of fragile countries, with as many as 73 percent of the country’s population living below the poverty line. There were two civil wars in the Congo in the 1990s, killing millions of people, and no lasting peace has been achieved in the country, and clashes between armed groups continue. The country’s significant natural resources, such as oil, diamonds, cobalt and copper, also attract armed groups, as there is a strong demand for rare raw materials in the West and e.g. in the electronics industry.

Fida works in the Democratic Republic of Congo with the support of the Finnish Ministry for Foreign Affairs. In 2020, the Congo Country Program reached more than 351,000 people.