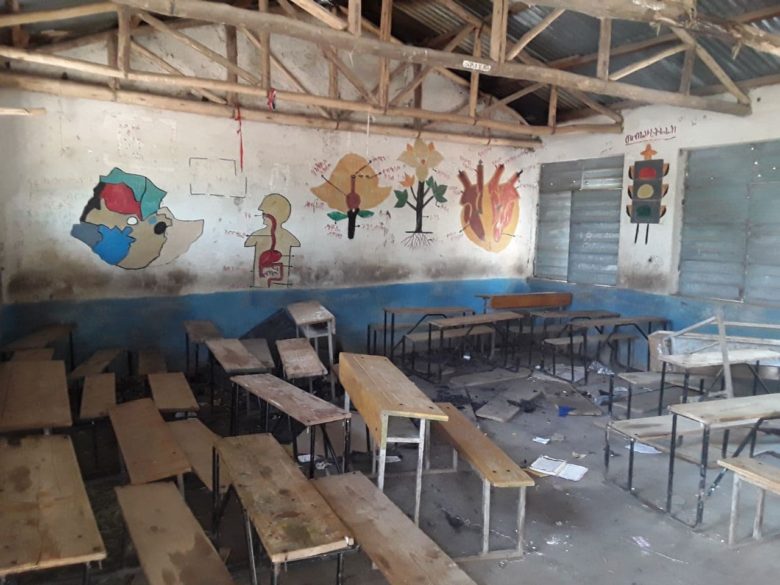 There is an imminent threat that the raging armed conflict in northern Ethiopia will reach the capital city. As a precautionary measure, Fida evacuated its four Finnish employees and their families.

In recent weeks, fighting in Ethiopia has spread southward from Tigray in northern towards Addis Ababa, where a state of emergency has been declared. The tightened security situation is also affecting Fida’s work in the country. Fida has four Finnish workers with their families in Ethiopia, who live in Addis Ababa. They will be evacuated to Finland on Tuesday to wait for the situation in Ethiopia to calm down.

The evacuation came as no surprise, as the conflict has continued in the country for a long time. The Finnish Foreign Ministry urges Finns to leave immediately, and other organizations have also begun evacuating their workers. Based on this information and cooperation, the decision to evacuate was unanimous, says Ari Joensuu, Fida’s senior missions adviser of East Africa.

– The decision to leave the country was made in agreement with the sending churches, Fida’s security officer, local partner, the missionary kid’s school representative, and the missionaries themselves.

Humanitarian aid has reached Ethiopia, and next steps are in the planning

Fida began humanitarian aid in Tigray in January 2021. 50,000 EUR of aid has been given so far. About 500 vulnerable families have received emergency assistance, many of whom are single parents, widows and people living with disabilities. Because of the difficulty of delivering goods to the area, funds have been deposited directly into people’s accounts, or given as cash. The grant amount has covered the food and essential hygiene items of one family for two months at a time.

– Fortunately, we had time to distribute all the agreed grant before access to the area became very difficult. We are looking for more funds as the need for aid in Ethiopia is really high, says Tero Mesiäislehto, Fida’s humanitarian aid coordinator.

Fida has a deaconate project supported by Finnish sponsors to help 125 poor families. The evacuation will not stop the family deaconate work, and the project will continue in Bishoftu through a local partner. Children in the poorest families, single mothers, and single seniors are especially supported. The grant includes trainings, microcredit savings groups, and help with food and healthcare.

Anu Heikkilä, a Fida employee who has worked in Ethiopia for more than 30 years, is particularly concerned about the fate of women, children, and refugees. The conflict has spread to areas where already vulnerable people, such as those who have fled to refugee camps during previous fighting live.

– I am particularly concerned about those who have fled to refugee camps and are once again on the run. Women and children are always left behind in these crises.

Donate here to help Ethiopians. Mark “Disaster Relief to Ethiopia” with your gift. Thanks for helping!