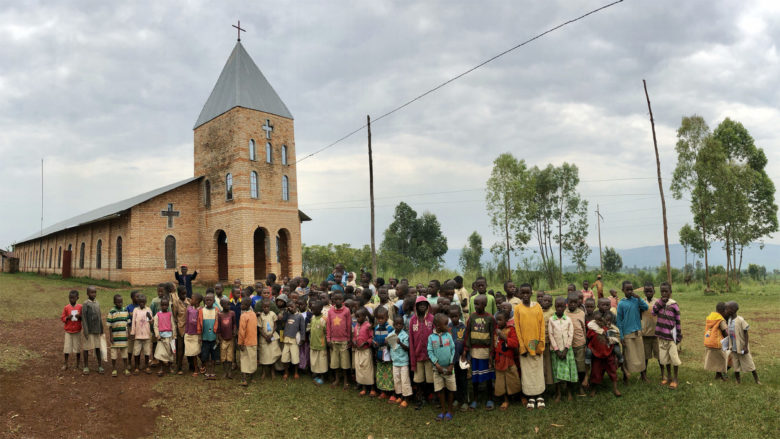 The Pentecostal World Fellowship (WPF) relief network together with missionary organizations, issued recommendations for churches in response to the pandemic. The response will reach up to 100 million people worldwide through a network of churches. Fida was one of the authors of the guidelines.

Fida, in collaboration with the International Development Cooperation and Humanitarian Aid Network of the WPF developed guidelines for the corona pandemic, which have been translated into several languages ​​in countries where Fida works. The purpose of the guidelines is to help churches work on stopping the virus and support members and their communities amid the corona crisis. Providing the right information and refuting wrong information is important, especially among people who do not have access to the facts.

Developing countries are suffering the most from the pandemic

When a crisis arises, those in a vulnerable position suffer the most. How is the impact of a corona pandemic reflected in the lives of people with disabilities, children, the elderly, slum dwellers, refugees or the marginalized? Many are dependent on the help of others and need protection. Many countries now require physical isolation. This is virtually impossible in densely populated places, such as slums. How do they cope? What do you do when you lose your job, your movement is restricted, and you cannot look for a new job? You cannot even buy food, because you have no savings.

The United Nations Development Program (UNDP) estimates that the loss of income in developing countries caused by the Corona crisis will exceed $200 billion, or 185€ billion. In Africa, there are fears that about half of the jobs will be lost. In addition to economic problems, there are many other problems when a lot of people are confined to a small area: there is the threat domestic violence, child abuse, and other social problems.

One of the most important things during the corona crisis is providing accurate information. In fragile states, the flow of information is often challenging due to a lack of infrastructure. During a crisis, misinformation and rumors spread like wildfire. The WPF guidelines do not replace material issued by WHO and other official channels but supplement them.

Fida’s partners in many countries, such as Burundi, the Democratic Republic of the Congo, Kenya, Tanzania and Uganda, are Pentecostal churches. Churches have a long history and are an important part of society.

Church networks include millions of people. People turn to the church when they need counsel and support, both in times of joy and sorrow. “The role of the church is significant in disseminating information and guidance, and in providing health care and social services, says Harri Hakola, Executive Director of Fida.

“Churches embrace people in poverty and give a voice to those whose own voice would otherwise not be heard. We want to play our part in supporting the important work of the Church in this difficult situation”, Hakola continues.

Closing churches in East Africa will help prevent the spread of the coronavirus when millions remain at home. At the same time, help is needed. Church members are contacted via telephone, radio, internet and social media. People are given information about COVID 19, but at the same time a message of hope.

The goal is a hundred countries

The goal is to distribute the guidelines to churches and mission and development organizations in more than 100 countries.

“The corona crisis response guideline was sent out to churches this week in English, Spanish, Nepalese, French and Swahili. In addition, translations into Arabic, Tamil and Sinhalese are being worked on”, says Daniel Lepojärvi from Amman, Fida’s regional director.

– It comes to fulfil a clear need. We have received enthusiastic feedback from, among others, the Pentecostal church in Tanzania, which have 2-3 million members. I was also contacted from Sri Lanka, where churches were excited about the guidelines and decided to translate them into their own languages.

In addition to the text version, the instructions are also communicated to the churches through on-line meetings. This week, an international webinar will be held for church pastors, deacons and community workers, one of the speakers of which will be a Peace Nobel peace prize laureate, Dr. Denis Mukwege from the Democratic Republic of the Congo, who visited Finland last autumn at the invitation of Fida.

The COVID-19 RESPONSE for churches in English and Other Languages is available ​​on the World Pentecostal Fellowship PWF website.