Fear as a travel companion 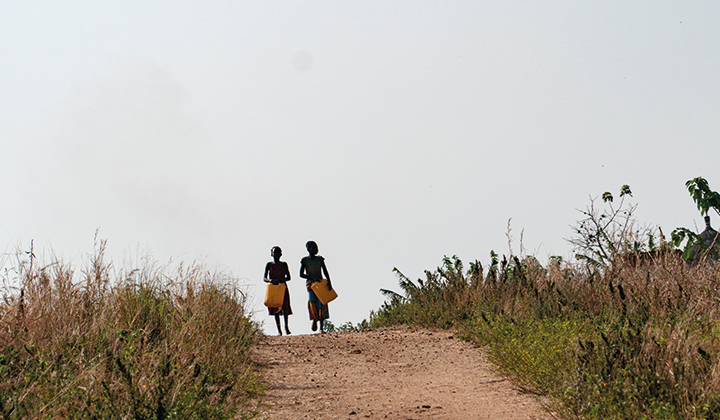 Refugee children’s eyes have seen too much. The effects of traumatic experiences are still close. Fear continues to be the travel companion of the South Sudanese who fled their homes to the sounds of gunfire.

Millions of South Sudanese have been forced to flee their homes with war raging around them. The journey to Uganda has not been easy, especially without food – and not knowing if they would ever get to safety. Instead of an easy bus ride, it’s a long walk with all the horrors of war visible everywhere.

Robert, who now works as a trainer for Fida, helped a group of orphans cross the border, and says that the trip was difficult. During the trip, they spent nights hiding in bushes without food, and listening to the sounds of shooting. Journey was long and difficult and it left its’mark.

Later, I suffered from fear because of it.

There are thousands of similar stories. Vicky, who was only 15 when she fled, had to hide for fear for her life. Vicky’s father had heard that the guerrillas were kidnaping children from school. First the family fled to a neighboring village, then from there to the woods. When not only the guerrillas, but also the soldiers began to rob and rape innocent civilians, they had to seek refuge in Uganda. With their hearts full of fear and on empty stomachs, they embarked on a 70 km journey to safety – not knowing if they would survive.

Although both Vicky and Robert managed to escape to Bidibidi where they can live free of immediate threats, their fears remained. Everything they saw was still vivid. The horrors of war, the loss of property, and the sounds of gunfire caused nightmares, confusion, eating disorders, and sleep problems for Robert.

I isolated myself from my friends and couldn’t focus on my work. I could still hear gunfire in my ears, even though there was none. Fear and stress were with me all the time.

Fear and trauma do not leave refugees alone when they cross a border. Even arriving in Bidibidi and sleeping in your own mud hut does not remove the unwanted companion. Treating trauma is a long-term process that has many phases.