Ethiopia: Fida missionaries fled the flood for their lives 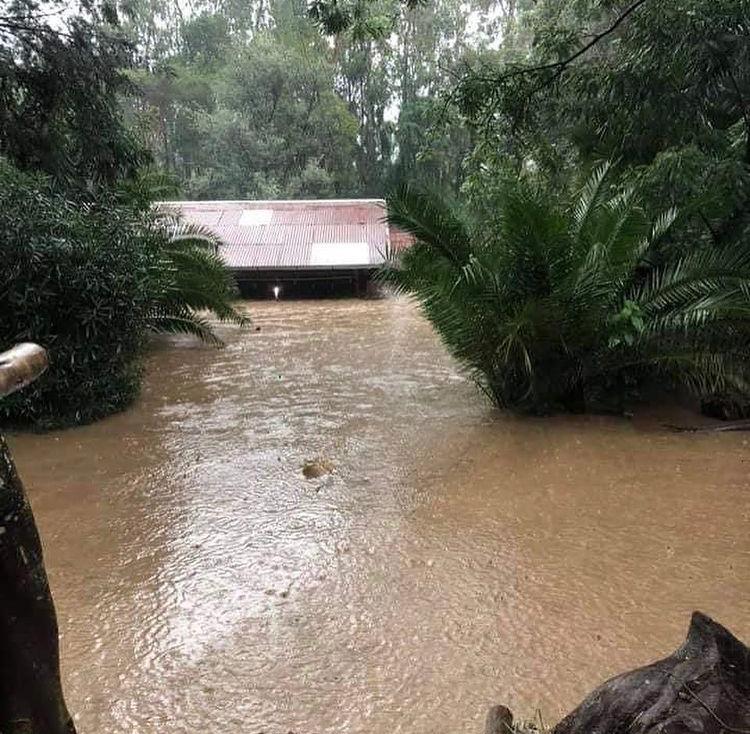 Helena and Samuel Tedder and their children were narrowly rescued after a flash flood hit their home.

Tuesday night 17.8. Fida missionaries Helena and Samuel Tedder sat in their living room in the Ethiopian capital, Addis Ababa. The couple’s two school-age children played happily; Helena sent videos of the games to relatives in Finland. The couple looked out the window at the heavy rain and wondered if the water in the yard this time would rise over the threshold. In Addis Ababa, water often floods houses during the rainy season so that the floor may get wet.

Suddenly brown water began to flow from under the door. Helena went to look out the window of the children’s room into the courtyard: the water had already risen to the window. Then the door slammed open by the force of the water.

– At that point, we realized that something is wrong now, we have to leave immediately, Samuel Tedder says.

A flash flood caused by heavy rains hit the Tedders’ home like a tidal wave. The house was filled with water in just seconds. Sofas, a refrigerator and other furniture rose on the water and suddenly the home was a death trap.

– The water rose chest high immediately after the door slammed open. I grabbed my phone, but it fell into the water. When I tried to pick it up, I noticed that there was an electric current flowing in the water. Helena and our daughter Amanda got out the door, but me and our youngest child Linda had to fight: I lifted Linda to my shoulders and cranked us out the door with both hands. Our yard had turned into a river. We wouldn’t have gotten out of there if one of the guards in our residential area hadn’t been there in time to help. He handed us a long metal bar and by grasping it, we reached through the stream a higher ground and safety.

– We stood in the yard in our socks and watched how our home was up to the roof in the water. We had nothing but clothes on us. I shouted and cried when I realized that we had just narrowly escaped the danger of death.

“The whole community mourns together”

The couple’s two teenage children were with a friend at the time of the event. Using their daughter’s phone Tedders alerted another Fida missionary Taneli Halonen. He rushed to the scene and the Tedders were evacuated into Halonen home. Now the family is facing the rebuilding of everyday life. As early as Wednesday, they had received new clothes and supplies as donations.

– The local community has shown us incredibly great support. When we went to our house to investigate the damage, the people of the neighborhood, other missionaries, local children, and young people were involved in helping. The leaders of our partner churches visited us, as did the people of the Red Cross and the Consul of the Embassy of Finland, Samuel lists.

– We have experienced the presence of God’s goodness through people. The strangers have selflessly come to clean up the muddy mess in our house. I am grateful for the warmth people have shown. It has encouraged us, he says.

Although Addis Ababa is prone to flooding, such a flash flood has not been encountered by the local community in the past. The city is reasonably well prepared for flooding, but something exceptional happened by the river flowing in the Mekanissa district.

– Apparently exceptionally heavy rain in the upper reaches and packed mass of hail broke the structures that restrained the river. The flood barrier that protected the residential area broke and a huge body of water set in motion. Those living closer to the river did not have time to escape. Eight people, apparently most of them children, died near the beach, Samuel says.

The Tedders live in the residential area of the Lutheran Mekane Yesus Church, where e.g., a church seminar, missionary organization’s facilities, and a student dormitory are situated.

– Grief here is tactile. The whole community mourns together. We are grateful for how Finland has come to empathize and support us and the Ethiopians with prayers. In every way, we have sensed a strong compassion right now, Samuel says.

Ethiopia has a rainy season, and heavy rains are feared to continue and cause more floods and landslides.

The flood affected people who lived along the river, apparently for up to 10 miles. Fida has provided disaster relief to communities affected by the floods.