Budapest Station – a crossroads of hope and despair 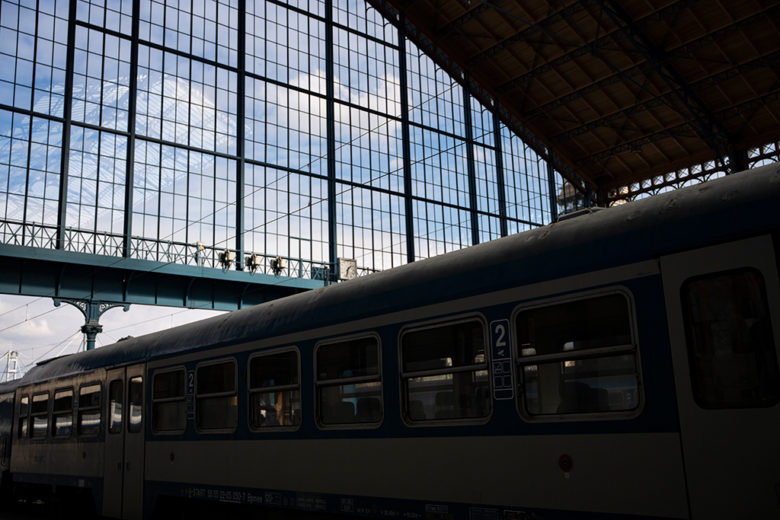 Budapest train station has become a crossroads in two weeks. Despair and hesitant hope, uncertainty and fatigue, and goodwill and horror mix into a chaos at Hungary capital's train station. For some Ukrainian refugees this is a destination, for others a stopover, and only a shaky step in any direction for some.

Bright blue columns in the building rise high towards large windows. The light walls are decorated with golden ornaments. There’s a blue train at the platform. A darker one slowly glides to another platform. It’s all blue. The view is serene as sunlight sifts through the windows. But the reality is something different – as you go to the other side of the station.

Police officers and security guards patrol the area and guide the arriving buses steadily closer. Pictographic and multilingual signs guide those arriving to the right bus – at least those who have somewhere to go at all. People crowd around the Hungarian volunteers and organisations’ stands. A few tented booths have been set up in front of the station. Assorted signs hang everywhere. At least they bring a bit of security for those arriving, some alone and some in groups.

There are colourful blankets in piles for those who need them. Next to them, a young girl sits with a stagnant look in her eyes and a burgundy beanie pulled deep on her head. But even in the crowd of people, she’s so alone. 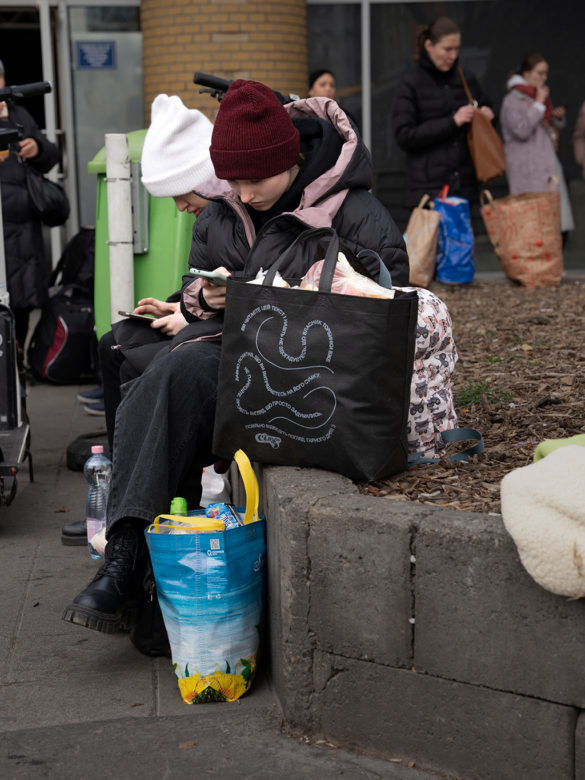 A woman in a pink coat holds a cardboard mug of soup in her hand. She’s travelling with her own mother.

– My mother is so old, I had to leave. My husband fled to Turkey because he is Turkish, she says.

The young mother’s paper bag tears. A few bananas and other small things roll out. She stuffs the things into a clear garbage bag in a panic.

The railway station’s small lobby has been changed into a help area for people fleeing the war in Ukraine. There’s food, medicine, and some clothes on the tables. Behind them stand representatives of churches and organizations. People come and go. All have the same tired look. A small child sits wrapped in a blanket on one side. Elsewhere, a young woman squeezes a water bottle against her chest.

More than 200 000 Ukrainians have already fled to Hungary. Some are just passing through and some want to stay in Budapest. The city has arranged housing or accommodation. Even so, many drift about hesitantly.

– I have friends elsewhere, but I haven’t been in touch with them for a long time, says one woman.

An aid worker starts handing out pizza and the scattered crowd gathers into a cluster. A young Roma girl with a baby in her arms and three smaller siblings at her feet tries to reach out to get some pizza. She gives up and goes back to her family but returns soon and this time is lucky to get some. Her small siblings tread behind. This groups whole life is packed into garbage bags. They form a pile next to the kids. A blue play bike pokes through among the black sacks. How will these children’s childhoods continue? They’re standing next to a bus, ready to get on the right one. 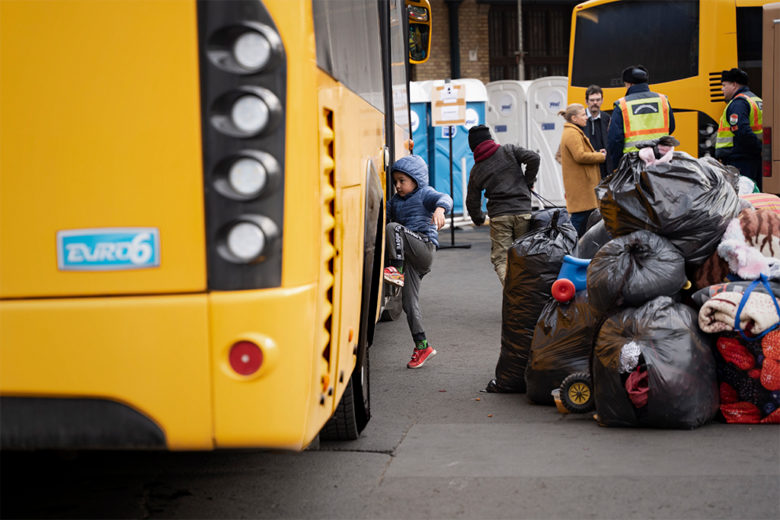 A mother pushes through the crowd calling for her child. She sounds worried. In fact, everyone here is worried. So many people have left loved ones behind.

The war in Ukraine and the humanitarian crisis are real and crossing the border will not remove it.

Send message to fida10 at 16155. The service provider is Arena Interactive.