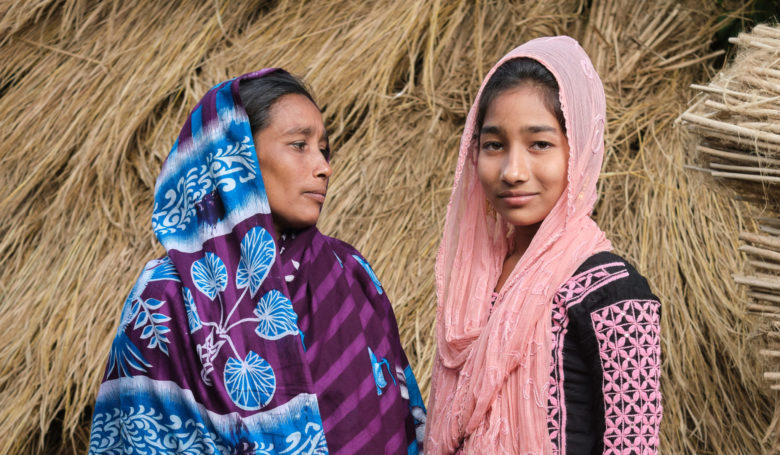 Most Bangladeshi women got married as children. 59% of girls marry before they turn 18.

The story for many mothers is the same. They had to get married as a teenager, drop out of school, and move in with their in-laws. Completely unfamiliar with everything that is expected of as a wife. Until then, even cooking was their mother’s job. Fear is something that many women mention when telling their story.

It was scary. I had to take care of a family, even though I didn’t know how. – Rupa

There are many underlying reasons for child marriages. Poor families’ finances improve when there is one mouth less to feed, and there’s no need to worry about a daughter’s education. Generally, girls’ education is not considered important. Although paying a dowry is not allowed, it happens sometimes. It brings in needed financial help. The father is often the decision-maker of the family and arranges the marriage without asking the daughter or even his wife. They feel that it’s their responsibility to get their daughters married, and want to do it as soon as possible, since 20 is already considered old.

The education of girls is seen as a burden, while entering marriage as fulfilling an obligation. Another reason is to protect the child. Families fear their daughter’s reputation will be tarnished. This would bring shame on the family, so the girl is married as soon as possible. When a daughter enters puberty, she becomes vulnerable to sexual harassment. This needs to be avoided. Gender norms and social norms, conflict, and migration are also contributing factors.

Rikta is one of the mothers who recognizes the dangers associated with child marriage. She experienced it herself. Rikta got married as an adolescent and has suffered from health problems as a result.

Child marriage does not support a child’s development. I want to stand by these girls. – Rikta

These mothers are in a difficult situation. Some are only 28 years old, and their own daughter is 14 years old. Mothers know how much harm early marriage causes for a child. They feel the pain and carry those scars throughout their lives. At the same time, the surrounding society or their own weak financial situation may tie the mother’s hands.

These mothers need someone to stand by their side, so that they can protect their own daughters. You can help and donate at here.