A long journey to the land of red peppers 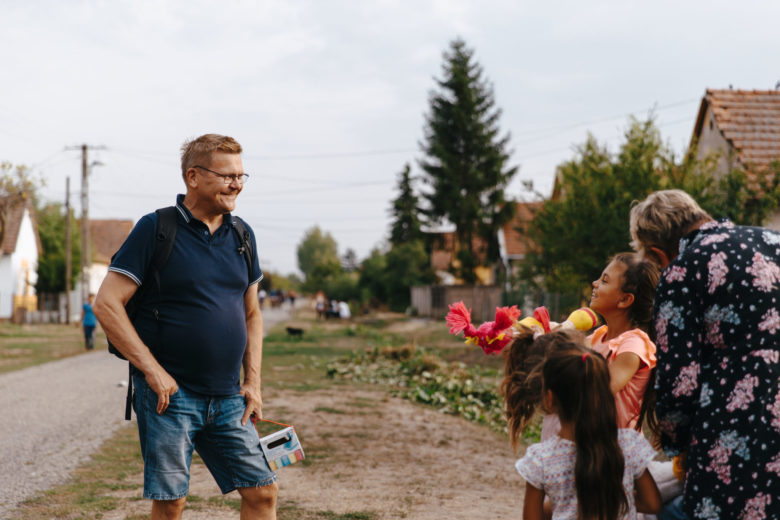 Aarne and Pirjo-Riitta Törmänen, who do missionary work with the Hungarian Roma, know that it can sometimes take decades for a vision to become reality.

The October sun raises the temperature to 20C degrees as they sit in their car in the town of Békés. The roadside signs are difficult to read of places like: Mezőberény, Körösszakál, Körösnagyharsány, Kevermes. The couple, who have been immersed in Hungarian language for several years now, are not fazed. Törmänens are on their way to some newly established Roma churches, where they want to instil a vision of the importance of youth and children’s work.

– I am Karelian girl, from the border town of Ruokolahti, the child of evacuees! Pirjo-Riitta Törmänen says right at the beginning of the interview. Karelian roots appear as openness, sensitivity and chattiness.

Aarne is also from the border area, and in his own words, “related to the controversial Forest Sámi” from Salla.

Long ago in 80’s, Aarne met Pirjo-Riitta at a Turku Pentecostal church youth meeting and fell in love immediately.

– We have now been married for 33 years, says Aarne proudly.

The couple as partners and workmates is seen in their Facebook updates. One of their adult sons works as an automation engineer in Jyväskylä and the other is studying to become a media professional in Joensuu. 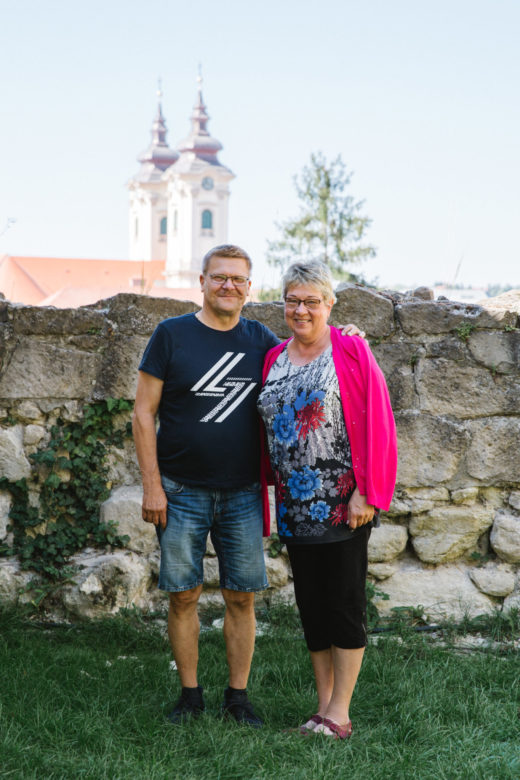 The Törmänens emphasize that God uses a person’s whole life. Your occupation, life experience, knowledge and skills are all beneficial in missionary work.

Pirjo-Riitta says that her call to missions was immediately ignited when she became a believer.

– I had studied German extensively. Every summer I was on short mission trips to Germany and Austria.

A funny mission trip memory is associated with the day of the Törmänens engagement.

– After we gave each other engagement rings, I took a boat to Germany that same evening, Pirjo-Riitta laughs.

As for Aarne’s call to missions, he has a more feet on the ground approach:

– There have been no major awakenings. The Great Commission has been given. I have understood the fact that someone has to do it.

In the 1990s, a picture of Hungary began to take shape in the Törmänens hearts.

In 1992, the family moved to Toholammi. Aarne worked as a teacher at an artisan college. Hungarian silver and goldsmiths visited to teach, and Finnish teachers also went on trips to Hungary.

At the Midsummer Conference in 1996, Törmänens signed up for a short mission trip to the Austrian-Hungarian border town of Sopron. Jyrki and Anne Palmi and their family and the Pentecostal movement in Hungary were planting a new church there. The starting point was the Finland-Hungary festival, which was visited by the Ostrobothnia Mission Choir, pastor Martti Kallionpää, and the short missions group. The events were held in a large tent donated from Finland.

Törmänens also participated in short term missions the following summer, this time in western Hungary, in the town of Zalaegerszeg.

– People were saved, and it was an encouragement to local churches. The churches and small groups were reunited, Pirjo-Riitta describes as fruit of the action.

An even bigger step followed: In September 1999, Törmänens went as missionary interns to Sopron. Aarne had work leave, and Pirjo-Riitta was supported by their home church. After one year, the family returned to Finland.

– We attended the missions training course, and our idea was to go back to Hungary right away, says Aarne.

The work among the Roma remained on hold. Törmänens had letters of recommendation from both the head of the Pentecostal Church in Hungary and the executive director of Fida.

Then their dream of missionary work was buried for years.

At that point we buried our dream of a missionary work. It was a sore wound.

“When are you leaving?”

It was difficult to raise support. They talked about it in churches, but the doors just didn’t open up.

– It seemed difficult and alien to go begging with your hat in hand, Aarne confesses.

Even though the plans were almost ready, we had to stop and hand them back to God.

– At that point we buried our dream of missionary work. It was a sore wound. People asked us when we are leaving, but we had no idea, Pirjo-Riitta describes.

The Törmänens returned to their jobs, ever-day family life with their children, and serving as volunteers in their home church.

In 2007, Törmänens moved to Kuopio. Their older son got to play hockey for the KalPa team and started sports high school. Aarne did his master’s studies at the University of Eastern Finland.

– During the moving, we found the letter of recommendation. It was a wake-up call. We saw that, wait a minute, we have been invited to work with the Roma in Hungary, Aarne says.

The Törmänens served in the church’s child ministry and began to run Kairos courses. The idea of missionary work gently surfaced. 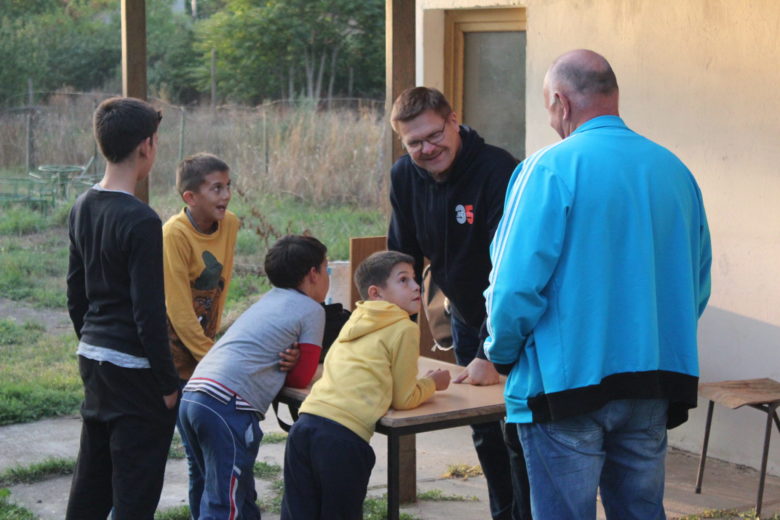 One of Aarne’s most touching moments at work was when once after a lesson, a young Roma boy came to tell him that he had a good heart.

Education is the key

After many stages, prayers, and patient waiting, in August 2015, Törmänens packed up their home and moved to Hungary. They started work with the Roma mission of the Pentecostal Church of Hungary, in the city of Békés.

– There are a lot of special children and special needs here. Without a background in this field of education, we would have been on a flimsy footing, says Aarne.

Törmänens emphasise that in Roma families, adults need to understand the importance of education. Children must go to school every day, long-term.

– Roma children may miss school because of market day, for example. Then the whole family goes to the market to shop, spend time, and eat something good, Aarne says.

It has been a joy to encounter young people who have stayed in school and acquired a profession. They come to greet us in town and say they’ve found work. Recently, three young people graduated as police.

The Törmänens work also includes planting churches with the Roma mission. The organization plants new churches intentionally. The goal is to double the number of churches from 130 to 260 in three years.

In neighbouring areas where there are already contacts, evangelical events are held, and spiritual teaching is given. The goal is to find a person in charge as soon as possible. The Roma mission offers practical Bible training and mentoring for church planters.

Törmänens participate in the child and youth work of the planted churches.

– Understanding the importance of children’s work in new churches is a matter of prayer. Children can come to faith and find Jesus, reminds Pirjo-Riitta Törmänen.

– Sometimes the threshold for children’s ministry in churches has been raised terribly high. A lot of people say they’re not teachers, while the value of volunteers goes unnoticed. 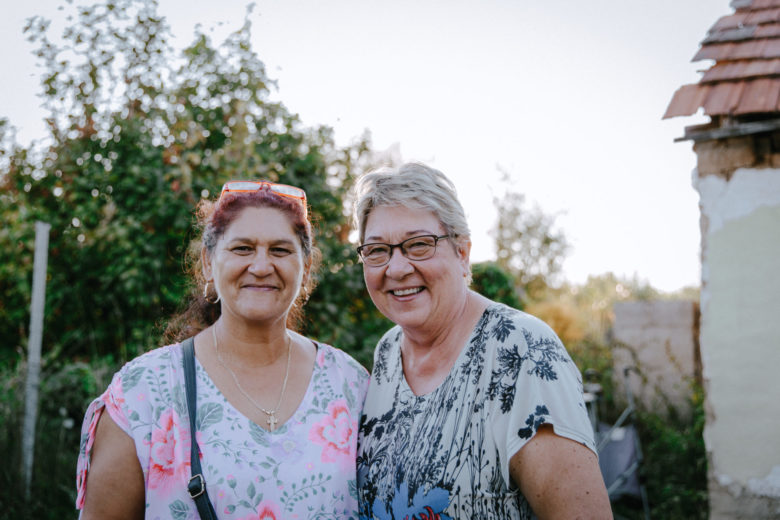 Pirjo-Riitta says that she prays with local women for everyday things, such as family relationships and broken washing machines. God has responded in a wonderful way.

Santa Claus is on summer vacation

Törmänens are also aware of the doing good “Santa Claus Syndrome”. In poor communities, a missionary can become a gift-giver.

– Relief work is a skill. By bringing a load of goods, hearts can be softened, but that is not the way to sustainable development. The gospel must be the number one goal, Aarne ponders.

Törmänens have two clear principles. They never give anything personally, but all donations are made through the local church. Gifts and donations from Finland are channelled through the Roma mission, because the organisation knows local needs best, so that the action is transparent.

– There are plenty of requesters. I have a standard answer for them. I say Santa Claus is on summer vacation in Spain, jokes Aarne.

It has been great to see how the locals themselves have taken responsibility, and the work has moved ahead quickly.

Covid-19 returned Törmänens to the starting point in Finland. The wait of more than a year ended in June when they moved to Hungary.

At times, the coronavirus situation in Hungary was one of the darkest in Europe. The Roma mission lost some workers, and many were hospitalized. Tension still surrounds joint gatherings. Despite everything, the pandemic brought something good.

– It has been great to see how the locals themselves have taken responsibility, and the work has moved ahead quickly, Pirjo-Riitta says.

The Törmänens sending church is the Pentecostal Church of Kuopio.