A Fida supported school was deluged with lava – 50,000€ Aid will be sent to Goma 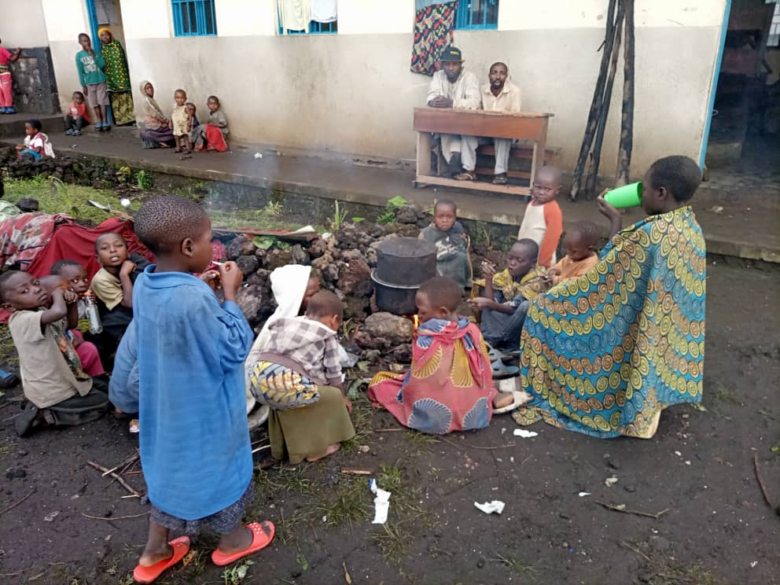 In the Democratic Republic of Congo (DRC), the aftershocks worry residents in the city of Goma, where it is estimated that thousands have lost their homes. The extent of the damage is being assessed in the area where Fida is starting humanitarian aid. Fida has given € 50,000 in disaster relief for the victims of the disaster.

CAPTURE: In Goma, many lost their homes in a volcanic eruption. The victims are being accommodated in schools.

On Saturday night, a volcano erupted in Goma, DRC, which destroyed a school supported by Fida. The ever-smoking Nyiragongo volcano gave no signs of erupting in advance, so it came as a complete surprise to the locals. Usually earthquakes forecast an upcoming eruption, but this time the earthquakes only came after the eruption, so those living at the foot of the mountain could not prepare for the situation. According to current information, at least 15 people have died as a result of the eruption. About 30,000 have left their homes and 8,000 have evacuated to the Rwandan side. The city of Goma is located right at the border with Rwanda.

Among the evacuees was also Fida’s program coordinator, Faizi Welongo, a father with 10 children. The family was able to return home on Sunday.

We will explore the situation on location. It is estimated that thousands of people have been left homeless and at least 170 children are missing. Lava has blocked roads, electricity is cut in many places, resulting in bad internet connections. In recent days, there have been three strong earthquakes (magnitude 4.2-4.5) in the area. In addition, the earth vibrates every 10-25 minutes. The volcano is not yet showing signs of stopping. Residents of multistoried houses are barred from going into their homes and schools remain closed.

The school of 256 students collapsed under the lava

The primary school supported by Fida collapsed because of the eruption. The school has 256 children. Fortunately, the eruption took place at night, so the children were not present.

– Earthquake tremors continue, and people are scared. Although we have practiced evacuation, nothing went according to plan. As the volcano erupted without warning, no one stayed home waiting for instructions from the authorities, they just wanted to save themselves and their families. We also fled at 10 pm with no belongings. We just locked the door and hoped our home wouldn’t be robbed, Welongo says.

– The road and border to Rwanda was congested. The first two hotels were full, but we got to the third. We have 10 children in our family and the hotel owner said he has no space for us. I asked that we just get a roof over us. My elderly mother was also with us.

– People here need help. There is a need for water, food, and protection. Many also suffer from psychological effects, Welongo says.

Food, water and shelter for the fugitives

Fida has granted EUR 50,000 to provide humanitarian aid to Goma. The grant will be used to acquire food, water, shelter, and psychosocial support for people affected by the eruption. Help can be donated here. (Write Kongo when donating.)

Fida is one of the few Finnish development organizations with long-term programs in the Democratic Republic of Congo. In the Goma region, Fida has a national development co-operation program supported by the Finnish Ministry for Foreign Affairs, which supports schools and schooling for children with disabilities, as well as inclusive education in 51 schools. Children with disabilities are also the most vulnerable in such crisis situations: they cannot escape. Fida-supported schools in the area have a total of 30,141 students. The partner in the work is the Congolese Pentecostal Church CEPAC (Communauté des Eglises de Pentecôte en Afrique Centrale).