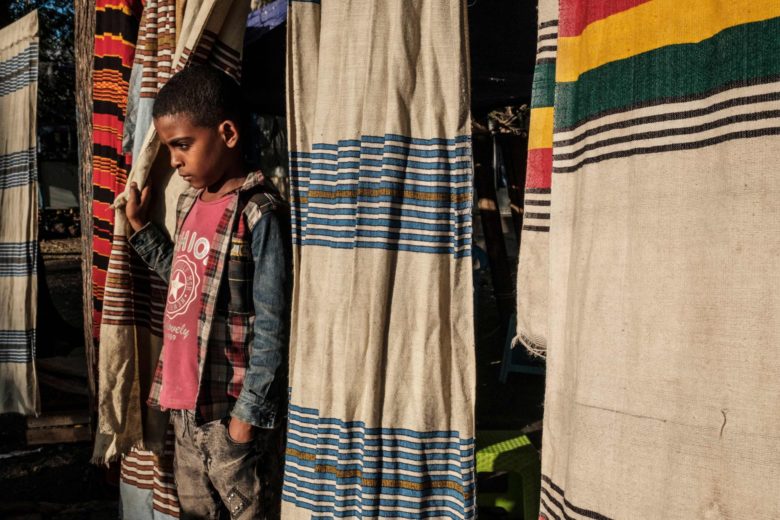 "We cry and pray that this this conflict would end"

The violent conflict that erupted in the state of Tigray in November has killed hundreds and driven more than 50,000 Ethiopians from their homes. It is estimated that more than 4.2 million people need food aid in the Tigray area. Moreover, the corona situation is serious in the region. Due to the armed conflict and the corona epidemic, strict closures are in place in the Tigray area. Many families suffered from food shortages when shops were closed for a long time. With the opening of stores, many continue to face hunger as the price of food has overblown due to its poor availability. According to the UN and OCHA, 600,000 people were already dependent on food aid in the region, and their plight worsened as aid has been disrupted. Access to electricity and water are also problematic.

Ethiopia has also suffered from floods and desert locust invasions, which has further weakened food security. The area is very unstable and widespread crime threatens the daily lives of ordinary families. Children who have had to flee their homes and experience trauma suffer the most.

Fida is helping in the crisis

Fida will start disaster relief in the city of Mekele in the Tigray Region. Many people have had to walk for several days after fleeing their homes. Together with the local Guennet Pentecostal social work organization EGCDWO, Fida will initially give assistance to 300 families. They will be given grains, lentils, and cooking oil, as well as hygiene items such as soap and menstrual pads. Local aid workers fear the worsening of Covid-19 when the people in the crisis cannot take care of their own health.

Families will be given psychosocial support. With the help of professional psychologists, Fida and EGCDWO will train volunteers as trauma therapists, so they can help people deal with trauma.

The Kinfe family live in Mekele and have suffered because of the Ethiopian crisis. Government Corona closures have impaired the family’s livelihood and the family has faced hunger. The armed conflict has brought fear and anxiety into family and their little girls have suffered the most. Many of Kinfe’s relatives have been forced to flee their homes, so there has been no contact for a long time. Kinfe’s brother fled on foot and all his property was lost as he was robbed. Kinfe and his wife were also robbed as many desperate young people have begun to plunder because of poverty and instability caused by the conflict.

– As a family, we have gone through severe mental pressure due to the ongoing crisis. We cry with our children and pray to God that this grim situation in our area would soon be over.

Donate, and help Ethiopian families living in the crisis!